Darci Lynne Farmer Sings “Hopelessly Devoted To You” From “Grease”

By Miranda Raye on January 20, 2021
Advertisement 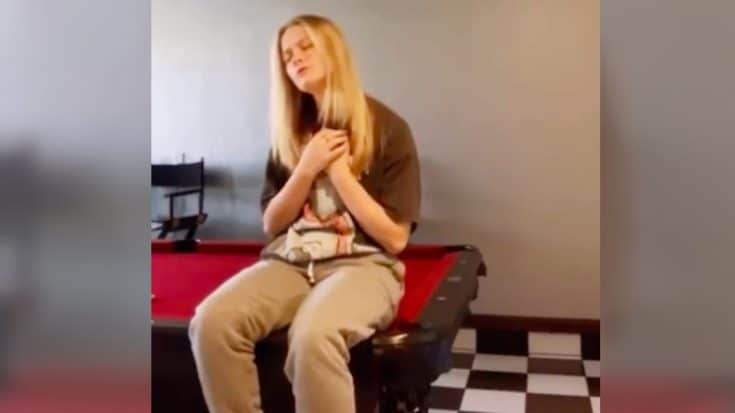 Darci Lynne Farmer was only 12 years old when she won America’s Got Talent. Viewers were stunned to see how someone so young could be such an accomplished ventriloquist and singer.

Now age 17, Farmer’s talents continue to amaze. Most of her performance involve her singing as whatever puppet she is with at the time, which means she knows how to sing in multiple voices. And she does it all without moving her mouth!

Fans have gotten the chance to hear Farmer’s natural singing voice a few times in the past. She sometimes sings duets with her puppets, and occasionally shares solo performances.

In January 2021, Farmer showcased her own singing voice while performing an a cappella rendition of one of the standout songs from the movie Grease. The song she sang was “Hopelessly Devoted to You,” which was performed by Olivia Newton-John.

“Hopelessly Devoted to You” went on to claim the #3 spot on the Billboard Hot 100 and was nominated for an Oscar for Best Original Song.

All these years later, “Hopelessly Devoted to You” is still a beloved song. It’s a favorite of Farmer’s, which is why she decided to film herself singing it.

As you listen to Farmer sing “Hopelessly Devoted to You” in the video below, you’ll be blown away to hear how much control she has over her voice. She sings the highest of high notes with an effortless ease.

It’s been an honor to watch Farmer grow up and see how her talents have developed through the years.