By Miranda Raye on December 5, 2018
Advertisement 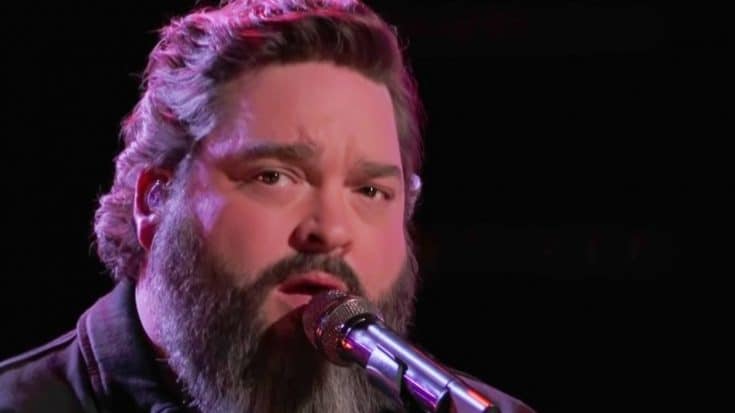 Country fans who tune in to The Voice every week just lost one of the main contestants they’ve been rooting for from the start.

As soon as Dave Fenley sang the first note Travis Tritt‘s “Help Me Hold On” in his blind audition, the coaches and America knew he was going to be a contestant worth watching.

He proved that in each new week of the competition, especially during the knockout round, where his twist on Lionel Richie‘s “Stuck On You” was hailed as one of the season’s best performances up to that point.

Fenley kept that momentum going into the lives, where his powerful performances of traditional and classic country hits pushed him through week after week. He eventually made it into the Top 10, and drew great praise for his passionate rendition of the Keith Whitley classic, “Don’t Close Your Eyes.”

Yet much to the shock of everyone who has followed Fenley’s journey, he found himself in the bottom three as the show prepared to narrow down the playing field to just eight contestants.

Fenley was left to compete against Team Adam‘s DeAndre Nico in the Instant Save round for the one available spot. Reagan Strange, also of Team Adam, was in the bottom three as well, but could not compete because she was sick.

In that desperate moment, Fenley turned to another one of country music’s greatest love songs, “Amazed” by Lonestar.

Lonestar released “Amazed” in 1999, and it soon became one of the biggest country hits of the year, topping the charts in both the U.S. and Canada. To this day, you can still hear “Amazed” playing at school dances and weddings all over the globe.

The Pick Didn’t Pay Off

Considering how beloved the song is, Fenley’s made a smart pick in choosing it for his Instant Save performance. It allowed him to do what he does best…pour his heart and soul into a ballad while letting a little grit come through.

But in the end, even that impressive performances wasn’t enough to keep Fenley on the show. Both he and Nico were sent home, as fans gave the majority of their votes to Strange.

When you watch Fenley’s cover of “Amazed” below, it will leave you wondering how in the world such a talented vocalist could be eliminated from The Voice. But don’t you worry, there are clearly big things in store for this country powerhouse!