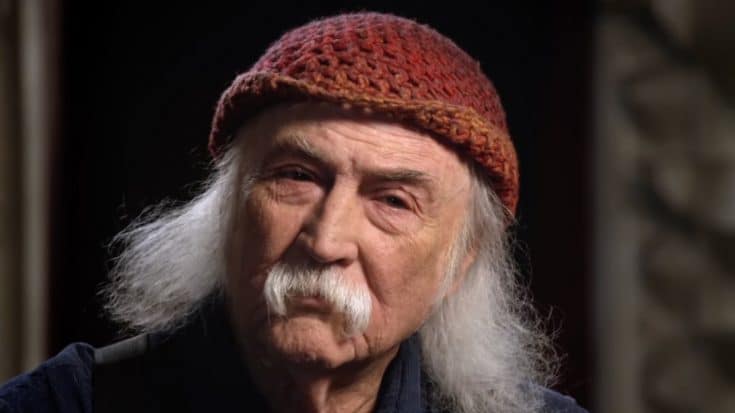 David Crosby’s cause of death is unknown, but the trailer for his 2019 documentary reveals that he had been dealing with health issues for years. Crosby, who was 76-years-old when the documentary was filmed, tells the camera that he has had three heart attacks and 8 stents in his heart. His wife is heard saying, “I don’t think people know how sick he really is.”

He also reveals in the documentary that he received a liver transplant, was struggling with diabetes, and is afraid of dying after battling hepatitis C.


Crosby first gained fame for his role with the Byrds. In 1965, a year after Crosby joined the band, they earned their first No. 1 hit with a cover of Bob Dylan’s “Mr. Tambourine Man.”

Crosby made an appearance on the Byrd’s first five albums, but was dismissed from the group in 1967. Crosby then formed Crosby, Stills & Nash with Stephen Stills and Graham Nash. The group found immediate success with the release of their debut album, and in 1969 won the Grammy Award for Best New Artist.

While known as a talented guitarist and singer, David Crosby was also an accomplished songwriter. He co-wrote songs such as “Lady Friend,” “Eight Miles High,” “Wooden Ships,” “and “Everybody’s Been Burned.” He also recorded six solo albums and charted with all but one.

As news of David Crosby’s death spread, fans and friends of the artist flooded social media with tributes.

I don’t know what to say other than I’m heartbroken to hear about David Crosby. David was an unbelievable talent – such a great singer and songwriter. And a wonderful person. I just am at a loss for words. Love & Mercy to David’s family and friends. Love, Brian pic.twitter.com/Hjht7LeGiv

Tom counted David Crosby as a friend and a hero. He visited often at his house in the valley. He was funny, provocative and electric with talent. His contribution to music will never be forgotten. Our thoughts and love to his family, bandmates and fans. pic.twitter.com/JsUOj2xT5R

It is with great sadness that we wish the iconic David Crosby a safe passage to the other side. We have always been inspired by his beautiful songwriting, and will never finish unpacking the layers to his music. Here’s our version of ‘Helplessly Hoping.’ pic.twitter.com/R4GI2m4c0D

I can’t begin to say how influential Crosby, Stills and Nash were for me. I’m grateful David Crosby lived, and so very sad he’s gone.

RIP David Crosby. This clip reminds us why we love him so much. His experimental techniques have inspired so many musicians, and we honor his life and lasting legacy. pic.twitter.com/NEqnmdxZ7M