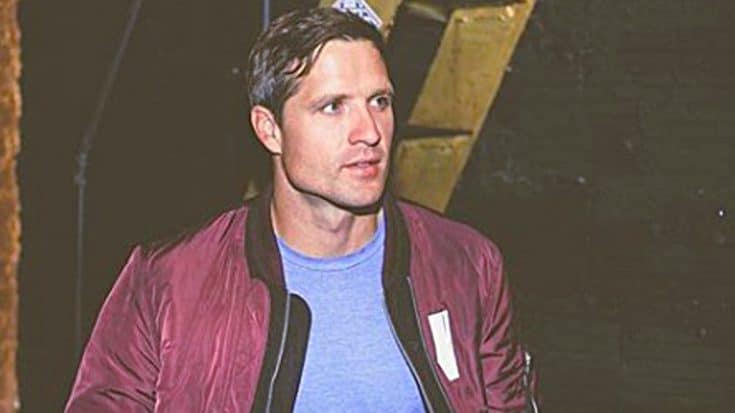 The past few days have been trying ones for country singer Walker Hayes, his wife Laney, and their six children.

While walking the red carpet at the CMA Awards in November, Walker revealed that he and Laney were expecting their seventh child. “We’re so excited that we’re pregnant again,” he told Taste of Country at the time. “Just living the dream right now, we’re on cloud nine, me and my family. We got good news in the house.”

The couple shared they already had a name picked out for the new baby, due in May or June 2018.

Fast-forward to the CMT Music Awards, where Walker was nominated and scheduled to perform. But on the night of the ceremony (June 6), he was noticeably absent.

Later in the evening, Walker shared the heartbreaking reason why he wasn’t at the CMT Music Awards. Through a note on Instagram, he shared that the new baby, a girl, was born that morning. Sadly, she didn’t make it.

“It is with great sadness that Laney and I share with you the news that our sweet Oakleigh Klover Hayes was born this morning at the hospital and is now safely in heaven,” he wrote.

The statement also said that Walker would be canceling his immediate performances to spend time with his family.

Since then, Walker has refrained from saying anything on social media as he has taken time to grieve the loss of his daughter. But he finally broke his silence on Tuesday (June 12) in honor of his anniversary.

Walker shared a black and white photo of Laney leaning against a stroller and smiling at the camera with some of their children next to her. As Walker explained, he loves this photo of Laney “the most.”

Along with the photo, Walker shared a heart-tugging message to celebrate their anniversary and the wonderful woman he thinks Laney is. “I hope all our kids find someone they could stare at forever…and feel like I do when I look at this,” he wrote.

I love this picture of Laney the most…I hope all of our kids find someone they could stare at forever…and feel like I do when I look at this. Happy 14th anniversary to us.

While the past few days have been filled with sadness for them, we hope that Walker and Laney found a dose of happiness on their anniversary day. The whole Hayes family continues to be in our thoughts and prayers.