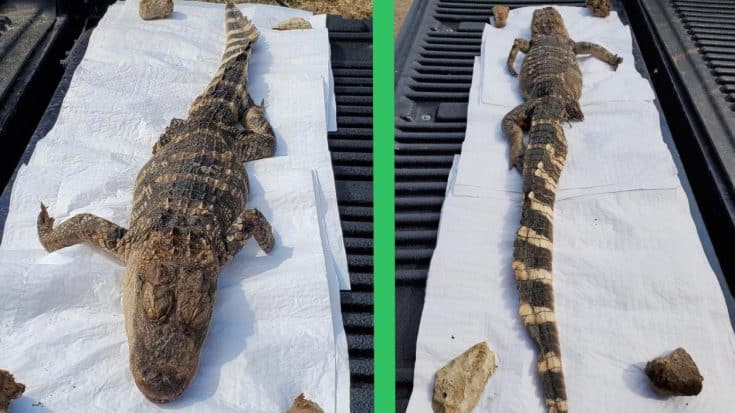 According to game wardens who work for the Kansas Department of Wildlife, Parks, and Tourism, a carcass of the American alligator was found by a state transportation worker in the Ninnescah River in Sumner County.

“This was obviously someone’s pet since alligators are not native to Kansas,” Kansas Department of Wildlife, Parks, and Tourism – Game Wardens wrote on Facebook. “When these animals are dumped in the wild it is detrimental to the animal and local wildlife.”

Herpetologist Marty Capron took a look at the alligator and believes it’s around three years old because the gator was about three feet long. He says alligators grow up to one foot per year for the first ten years of their life and then the rate of growth slows after that.

The department reminded people about the consequences of having an animal that is meant to live in the wild and trying to raise it as a pet.

“This a reminder that even though they might be cute babies, they will grow up to be a dangerous predator,” the department said.

In addition, they said if humans keep an alligator as a pet for just one year, it can never be released back into the wild again because it will associate humans with food. Instead of hunting, they will starve like this one probably did.

View The Department’s Statement Below