Deer Spotted With Arrow In Its Skull

By Manly Bryant on September 10, 2019
Advertisement 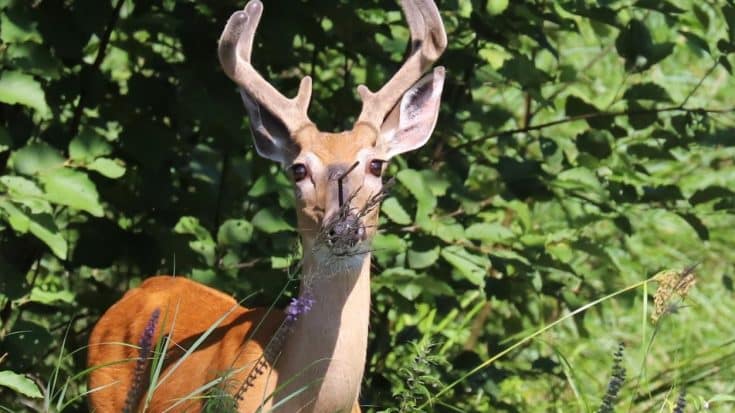 According to the locals of Crosslake, Minnesota, a deer has been spotted for over a year now running around with an arrow stuck right in the middle of its forehead. One local, Mikinzie Fox said she saw it outside of her work one evening.

“I looked out the window and there were a few deer here,” Fox told Duluth News Tribune. “They come in every night and eat off of the crab apple tree. He was walking toward me and something looked funny. He turned his head and I saw the arrow sticking out of his face. I kind of watched him a little bit. It was crazy. I didn’t think he was going to make it.”

Taking Photos Of The Deer

Another man named Douglas Moan who works at the Crosslake Community School doing maintenance says he saw the arrow when it was full size back in 2018 but he didn’t have a camera on him to record it. However, now he carries a camera on him every day. Later on, he eventually captured a picture of it (as seen in the first image above).

“A full size arrow was in him last fall,” Douglas said. “I didn’t realize it until I took that photo and took it home and looked at my photos and realized it was the one with the arrow in his head.”

The deer still runs around with the arrow sticking out of its head and hopefully, one day, wildlife authorities can capture it and remove it. There’s not a video on this specific deer but there is a video (below) on another deer in a similar situation that got an arrow removed from its head.