Deer Steals Man’s Rifle From Him While He’s Hunting

By Manly Bryant on November 25, 2020
Advertisement 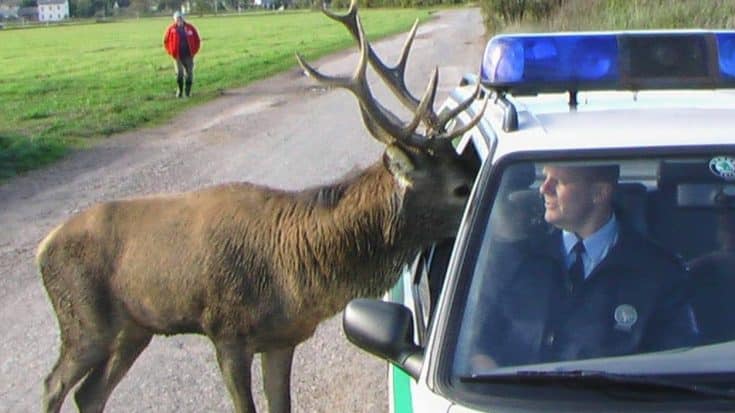 A hunter was hunting in the forest district of Horní Planá in the Czech Republic when his rifle was stolen by a deer.

The hunter was walking through the woods with a group of fellow hunters and their dogs when one of the dogs startled the buck laying in the forest. Flight or flight kicked in for the buck and it decided to charge towards the hunter.

Its big antlers tore a hole in the hunter’s jacket as he moved out of the way of the charging animal. Fortunately, the man was not injured, however, the buck’s antlers caught onto his rifle’s carrying strap and it took off into the woods with the gun.

“The rifle, which the hunter had slung over his left arm – fortunately without ammo – slipped on the deer’s antlers and disappeared with him,” the police department wrote on Facebook.

The hunters chased the buck and looked for it, but, unfortunately, it got away. Some other hunters that were a little over a half-mile away said that they saw the buck and it was still carrying the weapon on its antlers.

After a long search, the men had no choice but to report the missing weapon to the police. The police issued a statement on Facebook asking that if anybody finds it to contact them.

The Official Statement From Czech Police Below