By Megan Dinsdale on August 3, 2022
Advertisement 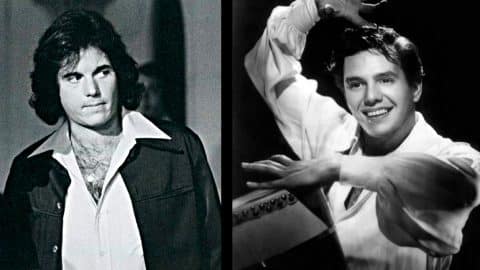 Desi Arnaz passed away in 1986, but a year prior, he decided to make some serious changes in his life with the help of his son, Desi Jr. The sitcom star struggled with drinking for his entire life, and made the choice to get sober. Arnaz had his family by his side every step of the way.

The Arnaz children have talked about the fact that their family traditionally kept any problems to their inner circle, and they were intensely proud of Desi for choosing to get help with his drinking, despite his tendency to want to keep things private. With convincing from his son, Desi went to Alcoholics Anonymous meetings and did the hard work of putting down the bottle—for good.

“He was just so upset that my brother convinced him, I think, ‘Come on, Dad. You can do this.’ And he did it. He stopped drinking,” Lucie, Desi and Lucille’s daughter, told PEOPLE.

“I was right next to him when he stood up and said, ‘My name is Desi and I’m an alcoholic.’ It was the proudest moment of my life to sit next to him and hear him do that,” Luci revealed to PEOPLE.

Sadly, Desi found out that he had cancer in 1985, just a year after he began his sobriety journey. The Arnaz children have talked about their pride in their late father. In the documentary Lucy and Desi, Lucie Arnaz, states, “It was a big hurdle for him to do that, and I was very proud of him. That takes an incredible amount of courage.”