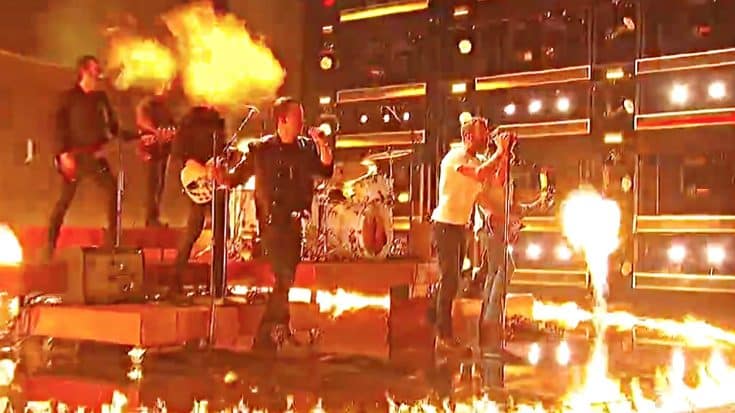 Every year country artists and their fans look forward to the night of the CMA Awards with excitement. For the last 51 years, the ceremony has highlighted the great talent in the country music world and this year it was no different.

Among all of the award excitement, there are always a handful of performers that bring life to the event. This year, two big names in the industry came together for a performance we’ll never forget.

Dierks made his name in country music in the early 2000s when his upbeat song, “What Was I Thinking” reached #1 on the US Billboard Hot Country Songs charts. Since then, he has been going full-throttle creating music, getting married, having kids and creating his restaurant, Dierks Bentley’s Whiskey Row.

Thanks for coming in today, Dierks! Things are coming along inside with construction, we can't wait for y'all to see it when it's done ? #WRNashville #DierksWhiskeyRow #DierksBentley #Nashville #Repost @dierksbentley (@get_repost) ・・・ down at @dierkswhiskeyrownashville today with the team. can't say enough about IKON construction and all the sub contractors. @maryhilliard has a second career as Chief Fire Puter-outer.

Even though they are a little newer to the block, Brothers Osborne have been keeping it country since day one. Their debut single, “Let’s Go There” reached Top 40 in 2013 and they didn’t stop there. They’ve continued creating music with their southern-rock sound. Amazon Music even called them the “Best Country of 2018 So Far.”

So when the guys joined together for the track, “Burning Man” it was a match made in country music heaven. Dierks brought his twangy vocals to the tune while Brothers Osborne provided the electric guitars and rock-n-roll vibe that brings the edgy side of the song to life.

During the CMA Awards, the boys decided to come together once again to give a fiery performance of their hit song, “Burning Man.”

Who needs central heating when you've got this killer performance by @DierksBentley and @brothersosborne?! ? #CMAawards pic.twitter.com/AXlrj7B5bQ

You can watch them jam out on the CMA Awards stage in the video below and let us know what you think in the comments.