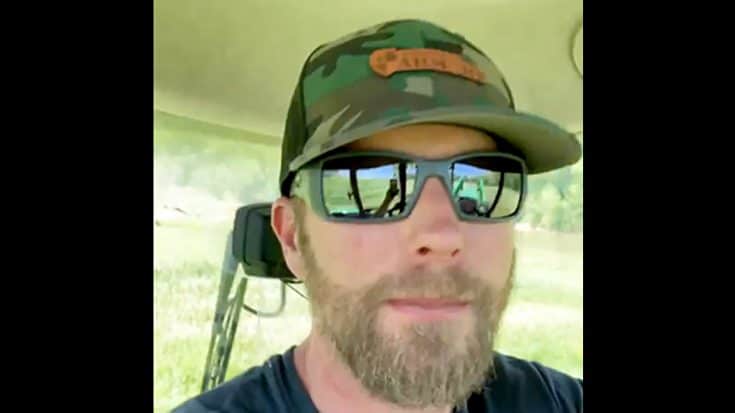 When this country singer and heartthrob missed his scheduled interview with a local radio DJ, red flags went up and people started asking questions.

Dierks Bentley has been spending the summer on his 2019 Burning Man Tour and took a much-needed respite in Telluride to hang out, check out the local bluegrass festival and just “be a fan.” Well, he also took some time to go mountain biking while in Colorado – but that turned out to be not as fun as he’d hoped.

I'm concerned about @DierksBentley! He was supposed to call in on my show this morning at 11:15 Est. Hearing now, he'll either be a half hour later or won't be able to call at all because he's had an accident!!! Stick with me and I'll let you know when I hear more! @WMZQ @WPOC pic.twitter.com/LpcwvQfJUk

Michael J, the DJ he was supposed to meet with, posted an update to Twitter and explained that Bentley was possibly going to miss their interview because of an accident while out on the trail.

Instead of being interviewed, Bentley was in the ER getting a cast put on his hand because he’d broken it during the “adventure.”

“[I was] just trying to get my summertime on before I get back out on the road,” Bentley told Michael J, “and I just took a wipe, and my wrist is a little messed up.”

“But it’s lucky: It’s my left hand, and I drink beer with my right, so I should be good to go for the rest of the summer,” Bentley said with a laugh, later adding, more seriously, “It’ll be fine. It’ll be all good. It’s not gonna slow me down much.”

Taking to Instagram later to address fans directly, Bentley shared a video that showed he could still play guitar and sing along just as normal – albeit with a new, much stiffer, hand.

Check out his adorable duet with daughter Evie below and join us in wishing him a very speedy recovery!

#colorado #evieoninstagram Broke a few bones in my hand but totally fine. Fired up for WI, MI and NY this weekend.