By Jennifer Pernicano on April 18, 2021
Advertisement 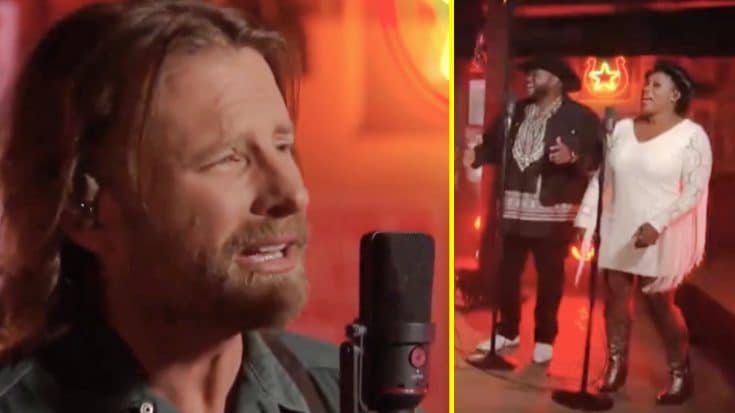 Husband and wife duo The War and Treaty have taken their talents to The Station Inn!

Leading up to the 2021 ACM Awards, 25+ performances were revealed and on Tuesday, April 13, they announced several collaborations including one between Dierks Bentley and The War and Treaty.

The War and Treaty is comprised of married couple Michael Trotter Jr. and Tanya Blount, who have been performing as a duo since 2014. They won the 2019 Americana Music and Honors Award for Emerging Artist of the Year. Some may also know Blount from her supporting role in the movie Sister Act 2: Back In The Habit. You can see her and Lauryn Hill perform “His Eye Is On The Sparrow” in the movie, below.

The War and Treaty joined Dierks Bentley on “Pride (In the Name of Love),” which was actually first recorded by U2 in 1984. Bentley previously released it back in 2010 on his album Up on the Ridge with The Punch Brothers and Del McCoury.

Taking the stage at The Station Inn, Bentley, Trotter, and Blount brought the bluegrass to the ACMs! Right after the performance, some viewers on Twitter said it was “one of the coolest performances” they’d ever seen!

One of the coolest performances I’ve ever seen – U2’s Pride (In the name of love) bluegrass version! ???#ACMAwards

See more reactions to the performance.

Damn man this Dierks Bentley performance on the CMAs is tearing me up!! Fantastic! #ACMawards