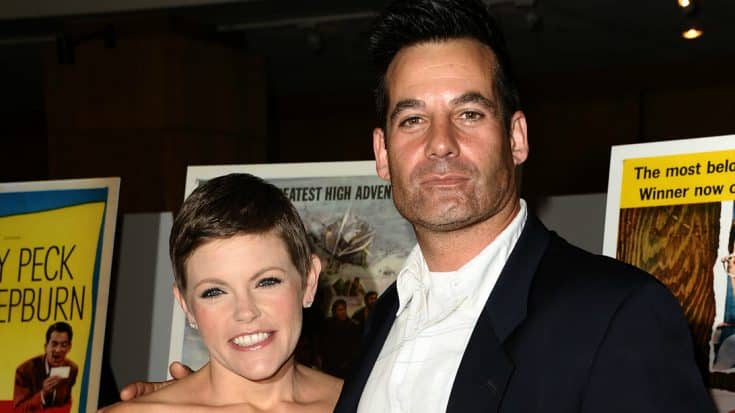 Dixie Chicks lead singer, Natalie Maines, filed for divorce from actor Adrian Pasdar in 2017. The reason for the split was said to be “irreconcilable differences,” and was reportedly amiable. But, 18 months post-split the couple are making headlines again.

Pasdar claims that Maines has a net worth of $50 million and makes roughly $2 million a year. The Dixie Chick will be hitting the road in 2019 to promote her solo music, and Pasdar expects that she will “net millions of dollars of income from that endeavor.” Pasdar’s claim states that he earns an average of $150,000 a year and has accumulated $200,000 in debt in order to support himself and their sons. He also says he had to give up “countless employment opportunities” during their 17-year marriage so that he could stay local and parent the children while Maines worked.

Prior to their 2000 marriage, Pasdar and Maines signed a prenuptial agreement, but Pasdar is challenging the validity of the agreement.

Natalie Maines rose to fame as the lead singer of the most successful all-girl band in the history of the sound scan era. With the help of bandmates Martie Maguire and Emily Robison, Maines and the Dixie Chicks dominated the country charts in 1998 with the release of their debut album, Wide Open Spaces. In 1998 alone, the Chicks sold more albums than all other country groups combined.

After five years of unprecedented success, the Dixie Chicks found themselves at the center of a controversy that haunts them to this day. While performing in London in 2003 days before the bombing in Iraq began, Natalie Maines openly criticized then-President George W. Bush while introducing their popular tune “Travelin’ Soldier.”

“Just so you know, we’re on the good side with y’all. We do not want this war, this violence, and we’re ashamed that the President of the United States is from Texas,” Maines said to the London crowd.

The backlash from Maines’ comment was immediate and intense. Country music radio began to boycott the trio and many fans followed suit. But, the Dixie Chicks held strong to their statement and fought back by continuing to tour and make music. In 2007, the group won Grammy awards in all five categories in which they were nominated, including the Song of the Year and Record of the Year trophies for their comeback song “Not Ready to Make Nice.”

The ladies stepped away from the spotlight with Robison and Maguire establishing a new group called the Courtyard Hounds and Maines pursuing solo success. But, the trio has reunited for tours and other special events on occasion, but haven’t released new music 2006.