Does Regular Dr Pepper Bore You? Wait Until You Try The New Flavor

By Manly Bryant on April 23, 2019
Advertisement 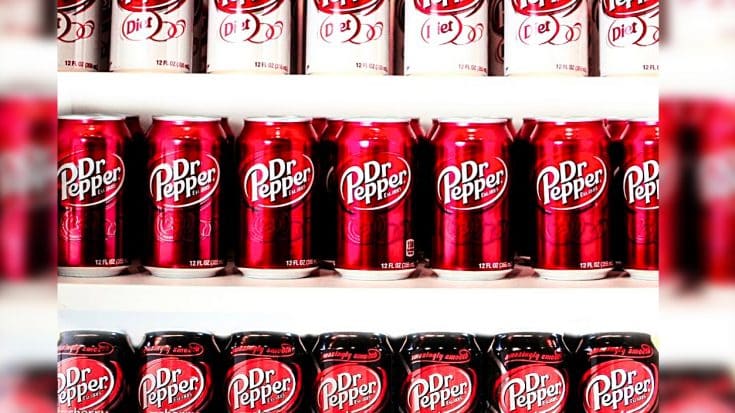 There’s a new guy in town & he goes by the name of Dr. Pepper. But not just any ordinary can of the beloved carbonated soda – a whole new flavor and look!

The History Of Dr Pepper

Dr Pepper has been keeping customers happy with their sweet soda for over 100 years. The drink’s first appearance debuted at the Lousiana Purchase Exposition as the first kind of soda pop made with 23 flavors. The formula was invented by a pharmacist, Charles Alderton, that worked in a Waco, TX drug store.

DR PEPPER was invented in Waco, Texas in 1885. This is the original location of Morrison’s Old Corner Drugstore….

The secret formula quickly took the world by storm, flying off the shelves following its big reveal. Since then, a new logo has been born, new flavors have been tested, and a wave of consumers have come and gone. But even through all the changes of the beloved soda, one thing remains – that crisp, refreshing taste.

It's back! Dr Pepper with the original 31 ingredients is back on the cooler shelf. It began in Texas at a small…

So when Dr Pepper gave a sneak peek of their brand-new flavor to be released in May 2019, fans were ecstatic.

Dr Pepper is officially releasing a dark berry flavor with a shiny blue can to match its berrylicious vibe.

The announcement dropped on Friday, April 19th at FanX, a comic convention, in Salt Lake City. The brand’s spokesperson explained that it was the first time the new flavor has been made available to the public as it was just produced two days prior.

I scored HUGE at the Dr Pepper booth! I got to be one of the very first people EVER to try the new Dr Pepper Dark Berry. It's not even out until May 1st. Let me just say, it is very yummy ? #FanXSpring19 #DrPepper pic.twitter.com/CpDAqKJe5a

On top of the new release, Dr Pepper is partnering up with Sony just in time for the premiere of the newest Spiderman movie, Spiderman: Far From Home. The new dark berry can features a character from the upcoming film with London, England pinned as the location.

The original and beloved flavors including Diet, Cherry, and Diet Cherry will also be available to buy with a character on the back of their can.

While the new flavor isn’t set to be nationally released until May 1st, a few lucky shoppers have already found a pack of it in stores. This 12-pack was found in Chicago.

As for the rest of the world – the one-week countdown begins now!