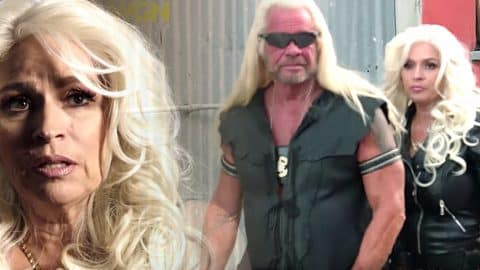 When Dog The Bounty Hunter lost his beloved wife to cancer in late June 2019, the couple was right in the middle of filming their latest television show based on their professions as top-tier bounty hunters.

Probably the most-famous bounty hunters in America, Duane “Dog” Chapman and his wife of 13 years, Beth Chapman. They have had no less than four different versions of reality shows focused on their life and careers – with the final show just now preparing to air on WGN America.

The show, which captures the final moments of Beth’s life as she fought stage four throat cancer, reveals just how driven she was – even in the face of this terrible disease.

Over the last few weeks, WGN America has released several clips from the show, but their brand-new “First Look” video really dives into the dynamic of this new series and shows Beth’s outlook on her situation.

The new series, titled Dog’s Most Wanted, will premiere on September 4th, 2019 on WGN America and is sure to bring up some emotions when you hear Beth looking at her mortality and addressing it head-on.

Watch this first look at Beth’s final show below.