Dog Dies In Fire After Saving His Family

By Miranda Raye on September 19, 2019
Advertisement 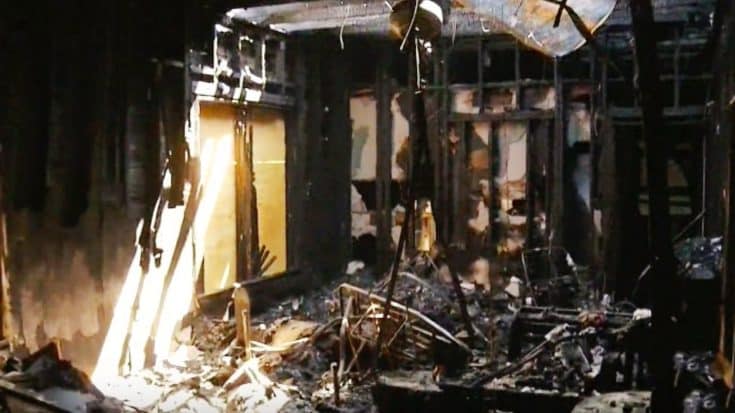 A Florida family is now without their home and their beloved pet following a house fire on Tuesday (September 17). But the family members could have lost their lives in the blaze as well if it hadn’t been for their hero dog, Zippy.

It was around 2 AM on Tuesday night when a fire broke out in the attic of the Butler family home in Bradenton, Florida. The fire quickly spread throughout the house.

The family did have a fire alarm, but it only beeped for a short while before it went silent after being consumed by the fire. None of the Butlers heard the alarm, and they continued sleeping.

But they did hear their Jack Russell Terrier Zippy, who started barking in an effort to alert his family to the raging fire in their home.

Leroy Butler surveys the damage to his parent’s home in Bradenton. A fire broke out around 2. When the smoke alarm died, their dog went room to room to make sure the family was up. Unfortunately Zippy didn’t make it. The fire trapped him in the home @FOX13News #Bradenton pic.twitter.com/lJ3Yv4WCvW

Leroy said that Zippy kept running through the fire to warn his family, consisting of Leroy, his children, and his father.

When the Butlers finally realized what was going on, they were understandably in shock. “They wouldn’t move,” Leroy said . “All they could do was scream and holler, ‘No! No! No!‘”

The family made it safely out of the house, but Zippy was still trapped inside. Leroy attempted to go in and rescue the pup, but realized there was nothing he could do.

Their family home is now a loss. Leroy and his children buried Zippy this morning @FOX13News #Bradenton pic.twitter.com/AS7sAdb12i

Zippy gave his life to save his family. “I can only say he was a good dog,” an emotional Leroy said. “He only did what he could.”

The Butlers laid Zippy to rest later on Tuesday morning. You can watch Leroy’s full interview about Zippy’s heroic actions in the video below.