By Manly Bryant on August 28, 2019
Advertisement 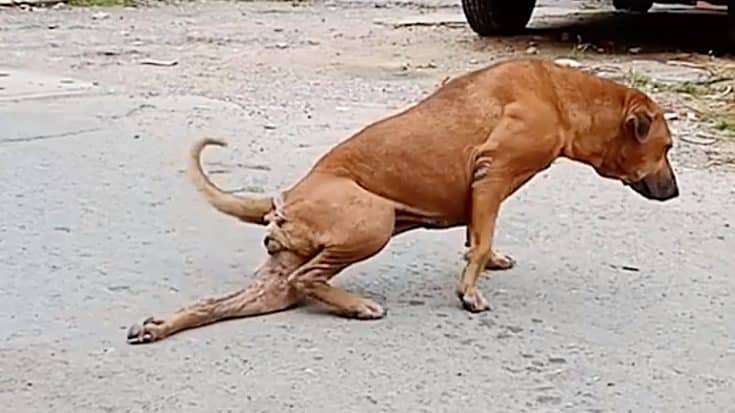 The funniest thing to hit the internet recently is this dog who apparently either trained itself or was trained by someone else to pretend it’s leg is broken in order to get treats from tourist.

Dog fakes broken leg to get pets and treats from tourists

The dog was named Gae by the locals in the community of Bangkok and hangs around the same area every day pulling the same old trick on visitors coming into the city.

“This old dog has lived [at] my workplace for a few years,” local resident Thaweeporn Chongplapolkul told Viral Press. “He always does this trick to deceive people.”

The Community Has Inspected The Dog’s Leg

Thaweeporn says she and other locals feed him all the time but he still likes to pretend his leg is broken when someone new comes around for extra food. She’s personally inspected his legs to see if anything was wrong and he appears to be perfectly healthy, saying that he’s just a deceptive dog.

“We’ve checked both of his legs — they are both fine,” says Thaweeporn. “If Gae had any kind of injury, I would take him to the vets immediately.”

Gae was recorded by a motorcyclist one day when a man was driving by and saw him dragging his leg. When the man got off his bike to help Gae all of a sudden he got up and started walking normally, smiling and wagging his tail. Realizing it was just a trick the man laughed and later posted the video online.

The video has since gone viral and been covered by many news outlets. Take a look at it below!