Dog Reunited With Owner 13 Years After Being Stolen

By Manly Bryant on March 5, 2021
Advertisement 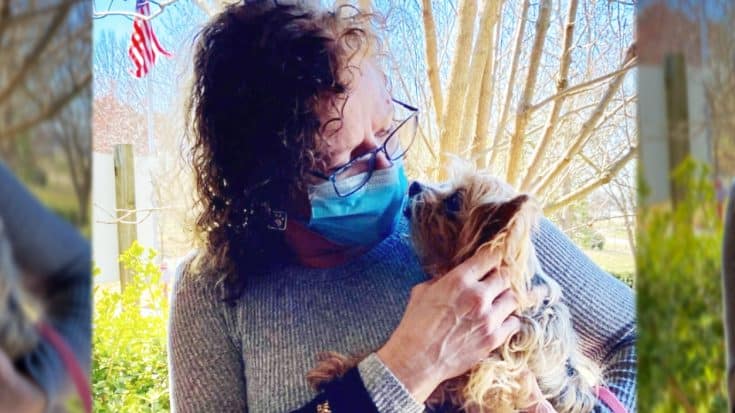 A Nashville veterinarian was united with her dog thirteen years after the animal first went missing, and Metro Nashville Animal Care and Control has all the details.

Metro Nashville Animal Care and Control recently shared the story on Facebook and warned followers to have tissues nearby. They wrote:

“Two days ago a good Sam brought us a dog she had found wandering. She had held onto the dog for over a week, posting to lost and found groups and looking for an owner nearby. No one came forward so she made an appointment to bring the pup to our shelter, where we immediately scanned him for a chip.”

Fortunately, the 16-year-old pup did have a chip. The rescuers identified the dog owner as Dr. Karen Fox, but when Metro Nashville Animal Care and Control reached out to Dr. Fox, they were met with utter shock. Thirteen years ago, Dr. Fox’s beloved dog, Conner, was stolen from the front yard of her home.

“THIRTEEN years ago, in 2008, Dr. Fox was outside in her backyard with 3 year old Connor,” Metro Nashville Animal Care and Control wrote. “He wandered to the front of the house and she immediately went to find him. As she rounded the corner of her house and looked up she saw a truck pull up and grab Connor. She tried to flag him down but Connor was stolen right in front of her. She thought about him over the years, posted about him, attempted to find him – but had no luck. Until yesterday!”

When Dr. Fox was reunited with her pup, Conner licked her face and immediately settled into her lap. See the full story below.

For more sweet animal reunion videos, check out the video below.