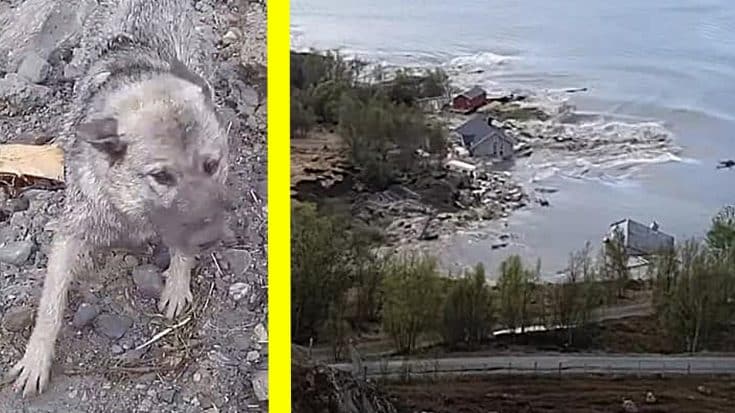 On June 3rd, 2020, a video was recorded of a massive half a mile wide landslide, in Alta, Norway and it showed some of the most dramatic footage of a landslide ever captured on camera.

It’s extremely rare to catch one on film, much less capture footage of a massive piece of land with houses on it break off and drift away into the ocean.

Eight homes went down into the sea that day. Jan Egil Bakkedal who lives in the surrounding hills said he just got done with making a sandwich when he heard a deep rumble in the earth. His gut instincts told him that it was a landslide so he ran outside and pulled out his phone to film it.

Denmark’s Police Force, Torfinn Halvari, told Norway’s NTB newswire that no human death or injury occurred during the landslide. However, they were still out looking in the area just in case they possibly missed somebody.

“We still have on-site crews working to assess landslide security or the danger of new landslides. We cannot say with any certainty that no one has been taken,” according to a report on The Local.

During their search officials said they found a dog that got swept away during the disaster and somehow managed to swim back to shore. The dog came running out of the rubble to a rescue worker as if it was happy to see them. Take a look at that footage below.

The only victim caught up in the enormous mudslide in Norway was this dog, who swam to shore and is fine https://t.co/zHmQv6H9Ts pic.twitter.com/EiDE9BOnVx