Dog The Bounty Hunter On His First Christmas Without Beth

By Manly Bryant on December 23, 2019
Advertisement 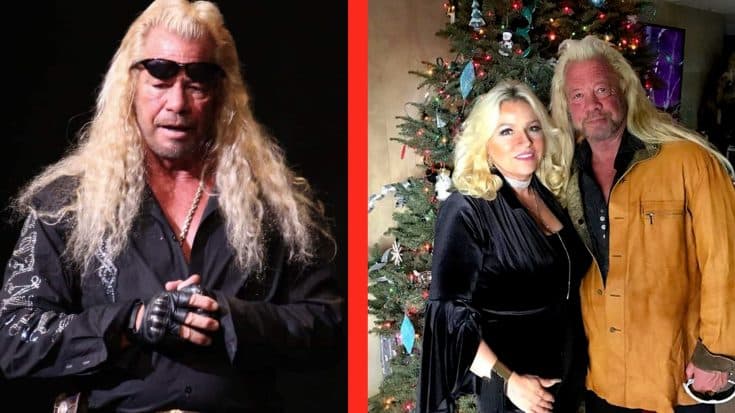 Nearing the holiday season, many people look forward to spending time with their family members and close friends. For Dog The Bounty Hunter and his kids, they will be having their first holiday season without their mom – Beth Chapman.

Duane “Dog” Chapman opened up recently to Entertainment Tonight about the loss of his beloved wife and how that has changed Christmas for the family.

“Beth was old style, old-fashioned. So, you know, that means the tree and the presents. All the stockings hung up… so I’m trying to keep that exact tradition. I’ve got it all decorated. All the stockings are hung. We always left — when the kids were young — cookies for Santa, and I think I’ll do that this year also.”

“Every little ball that’s on the tree, every ornament, you know, there’s 20 years plus of ornaments on that tree, so as I hung [them], I remembered where and when we bought each one.”

Beth tragically passed away in June after a long battle with throat cancer and it made worldwide headlines. The famous bounty hunting pair were in the middle of filming their brand new show for WGN America and they knew going into it, that this may be Beth’s final season.

For about two years, Beth battled throat cancer and, at one point was in remission. The disease later spread throughout her body and worsened. Then, suddenly, she was hospitalized and placed in a medically-induced coma before she passed away on June 26th, 2019.

This year, the first Christmas without Beth will be very different than years before. Dog explained where everyone will be this holiday season and revealed some harsh realities about his life for the last six months.

“For the holidays, probably half of us, including me, will be in Colorado, and then the other half is in Hawaii, and of course Leland is in Alabama. “So this year, everybody’s all spread out.”

“Beth knew every single [Christmas song], and she made us all listen to Christmas songs like two weeks before Christmas. As we decorated the tree, she’d put on Christmas songs. Every night before we went to bed she’d put them on. So I think the girls are taking it the hardest without being able to sing with mom.”

The 66-year-old world-famous bounty hunter says that the times immediately following Beth’s death were the hardest, but in the last couple of months, he has seen his world change.

“It’s the worst thing you could ever go through. I’ve been to prison, I’ve been let out of prison. I’ve captured some of the worst sons of bitches in the world, and nothing is worse than this.”

“It seems like yesterday. Six whole months already. And pretty soon it will be a year. It’s really hard when you start thinking about how long it’s been. I think that’s the worst of all because I can’t believe it’s been six months.”

“The first few months I didn’t care whether I lived or died. As a matter of fact, I kept getting upset every time I woke up in the morning.”

Now, Dog says, “things are changing” and he has found a whole new outlook on life with a much stronger motivation – not only to live but to live healthily. He says he’s working on quitting smoking and is almost there, and his heart problems are clearing up, plus he’s been exercising more.

“So yeah, I need to live to get through my mission in life,” Dog said. “What a terrible year I had. Ended this year with Beth being gone, so I know that 2020 has got to be better cause nothing can be that bad.”

Here’s to a much better year for the Chapman family and a bright future for them all. Wishing them the best.