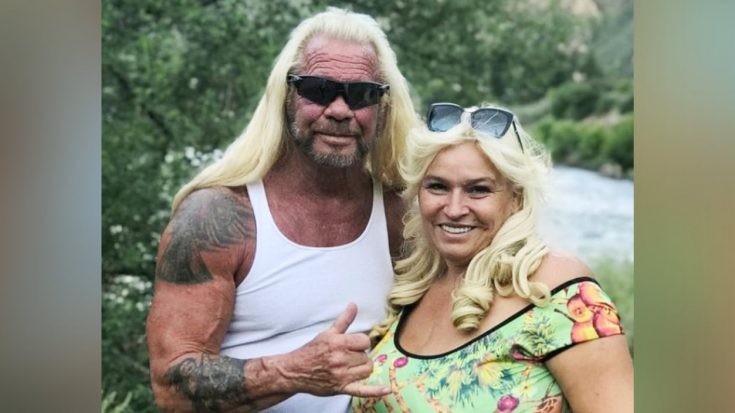 Beth Chapman passed away on June 26, 2019 following a years-long battle with cancer. Her husband, Duane “Dog” Chapman was understandably devastated following her death.

On the one-year anniversary of Beth’s death in 2020, Dog and some of his closest friends and family members held a memorial service in her honor in Colorado. He had the support of his fiancee, Francie Frane, who he bonded with over their shared heartache.

Francie’s husband passed away just months before Beth. Because she knew all-too-well what Dog was going through, she and him were able to form a strong bond in the midst of their grief.

Even though Dog has found happiness with Francie, he still misses Beth terribly. When the two-year anniversary of her death came, Dog honored his late wife with a sweet and short tribute on social media.

Dog posted a video we’ve seen in the past that shows Beth singing karaoke while dancing and having a fun time. He simply captioned the video, “Beth.”

Beth also earned tributes from her children: daughters Bonnie and Cecily, son Garry, and stepdaughter Lyssa. Even Dog’s fiancee Francie devoted a post to her on her own Instagram profile.

Look below to read all of those tributes to Beth. It’s obvious how much she is missed.