By Jennifer Pernicano on August 30, 2019
Advertisement 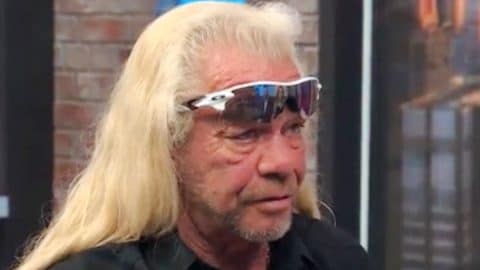 Two months after his beloved wife Beth Chapman’s death, Duane “Dog” Chapman is opening up about his life with her. The bounty hunter and television personality sat down with People Now and spoke candidly how he and his family are doing since her passing on June 26.

While it’s still hard every day to go on, Dog told Fox & Friends earlier this week he is able to “in her name.”

Even though he’s finding a way to go on each day, he revealed to People Now that it’s been pretty difficult for their kids.

“Each one copes differently, there is a few that really barely making it,” Duane said. “We don’t know what to do. We haven’t read, we weren’t prepared. I lost my mother first, and when my mom passed away, I’m like, ‘I wish dad would have died first, you know, ’cause I love my mommy.’ So I went to them and said, ‘I’m so sorry that I didn’t die first and mom did.’”

Additionally, in the People Now interview, Chapman opened up about if he will date again.

“I probably will do that, and I told her that,”  he said. “What deal we said is I will never take ‘Beth’ off my chest, I have her name here. And I will never get married.”

He revealed they had this tough conversation days before she passed at the age of 51.

“She said to me, ‘We are human, okay?’” And probably the same thing I’d say to her: ‘I know you’re gonna have a boyfriend, I hope you have 10, but don’t go fricking marry one, and say those words. Don’t you dare do that.’ I would say that, and she did say that to me.”

Throughout the interview, Dog got choked up a few times talking about his beloved wife. Watch his full interview with People Now below.