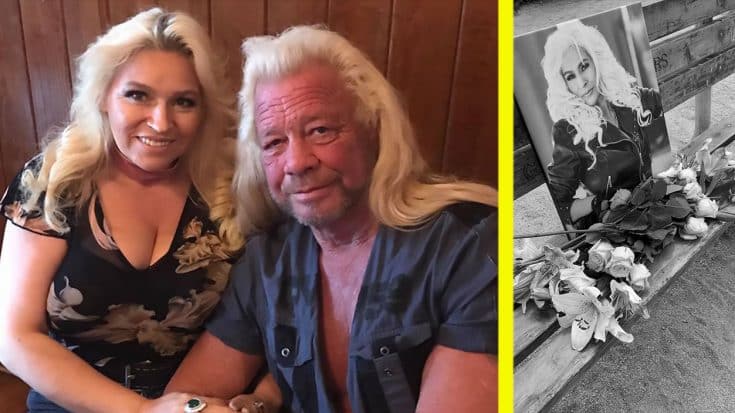 Dog The Bounty Hunter opened up about his last moments with his late wife Beth, during his recent appearance on Facebook Live seres, Faith with Katie. Dog recalled the end of his wife’s life, where she knew he had given up hope.

During the live interview he recalled his last words to her:

Dog was emotional during the show, wiping away tears as he continued the interview.

“There was no planning. There was no, ‘You’re gonna die, Let’s plan it. So what do I get? Where did you put the watch?’ There was none of that.”

Beth died at the hospital on June 26, 2019, at the age of 51. Dog and his family have kept her memory alive and just commemorated the one year anniversary of her passing.

He went on to talk about how Beth will never be replaced and his fiancee, Francie Frane, has not only helped him move on but also isn’t afraid to talk about Beth with him.