Dog The Bounty Hunter Working On New Show, Will Include “All” Of His Kids 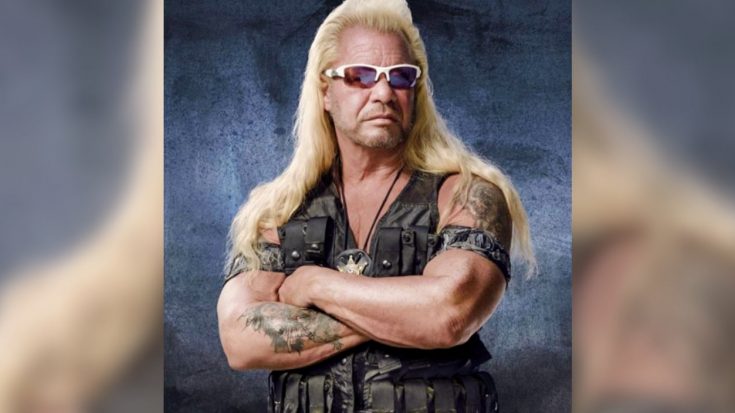 Duane “Dog” Chapman rose to fame as the star of Dog the Bounty Hunter, a reality TV series which followed Dog and his family on their various bounty hunting missions.

Many spinoff series resulted from the show, included Dog’s Most Wanted. That series was the last one to include Dog’s wife, Beth Chapman, who passed away in June 2019.

Now, a year after Beth’s passing, Dog plans to return to TV once more. And this time he’s bringing his whole family along for the ride!

While speaking on the Always Evolving with Coach Mike Bayer podcast, Dog shared the news that he’s currently working on a new TV series, and says “all” of his children will be involved.

If that’s the case, the new show will have a pretty large cast, since Dog has 12 kids!

Dog said the new series will be called Dog’s Dirty Dozen, and will be a reality show focused on his family and their bounty hunting adventures. “I’m not just saying, ‘Dog! Dog!’ Not me, the family,” Dog said.

Dog spoke in reference to Beth’s passing, saying, “Because when a tragedy like that happens in your family, you gotta pull together. So, it’s called Dog’s Dirty Dozen.”

He said this may be the “last” time his whole family will come together to film a show, but he knew he wanted to “do one more.” However, due to the current world environment, it makes it kind of hard for Dog to go on bounty hunts…let alone film a TV show.

“Once it opens up, we’re coming back,” he promised.

Some of the key players we may see on Dog’s Dirty Dozen include his daughters Lyssa and Bonnie, who have been strong supporters of his engagement to Francie Frane. Tune in to the clip below to learn more about Dog and Francie’s relationship.

We can’t wait to learn more about Dog’s Dirty Dozen! How about y’all?