By Miranda Raye on August 2, 2019
Advertisement 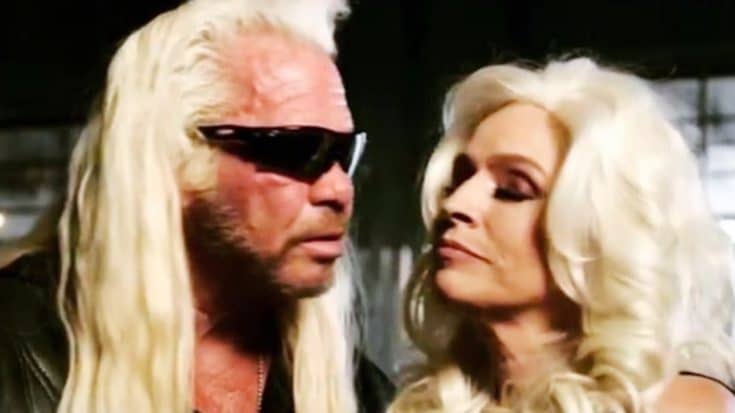 After his wife Beth Chapman passed away on June 26, Dog the Bounty Hunter was understandably devastated. He shared his grief with Beth’s many devoted family members and friends, as well as the millions of fans who loved her.

Sadly, some people have been trying to take advantage of Beth’s grieving loved ones and fans from the get-go. Just days after her passing, Dog had to go on Twitter to warn fans not to purchase any unauthorized t-shirts for Beth’s memorial, telling fans that such shirts were created by scam artists.

Any t-shirts with Beth’s likeness not from https://t.co/r7chHmw9d9 is not authorized. Please do not buy these t-shirts, please report these ads and tag Bonnie if you see them.

Please report ALL of these shirts for Beth’s memorial. They are not from us. Only authorized merch is on https://t.co/r7chHmw9d9

Other scams have also called on fans to donate to the Chapman family to help them out financially in their time of grief. But as Dog has said many times, they do not need any money, so fans should not donate to anyone who claims they do.

Now, it looks like Dog and his family have yet another despicable thing to deal with in the aftermath of Beth’s death.

On late Thursday (August 1) afternoon, the Chapman family’s store in Colorado was robbed. The thieves ransacked the entire building, and made out with “a bunch of merchandise,” as reported by The Blast.

While the store was hub for selling official Dog the Bounty Hunter merchandise, it also housed some personal items. Some of those personal items included bounty hunting gear used by Beth.

The Blast reports that its sources say some of Beth’s gear was stolen in the robbery. While this report has not been outright confirmed, Dog did tweet a link to The Blast‘s article along with a message confirming the robbery had occurred.

In his tweet, Dog said there will be a “LARGE CASH REWARD FOR ANY INFORMATION FIR(sic) WHO IS RESPONSIBLE FOR THIS !!!”

The Bible says it is an unforgivable sin to steal from the dead
LARGE CASH REWARD FOR ANY INFORMATION FIR WHO IS RESPONSIBLE FOR THIS !!! https://t.co/TEUKHjOkvH

We’re so sorry to hear that this happened to Dog and his family. After everything they’ve been through, they don’t deserve to go through this….and just weeks after Beth’s memorial at that.

You can tune in to the video below to watch the emotional eulogy Dog delivered at Beth’s memorial in Colorado. Make sure you grab some tissues first, because it’s sure to get the tears flowing.