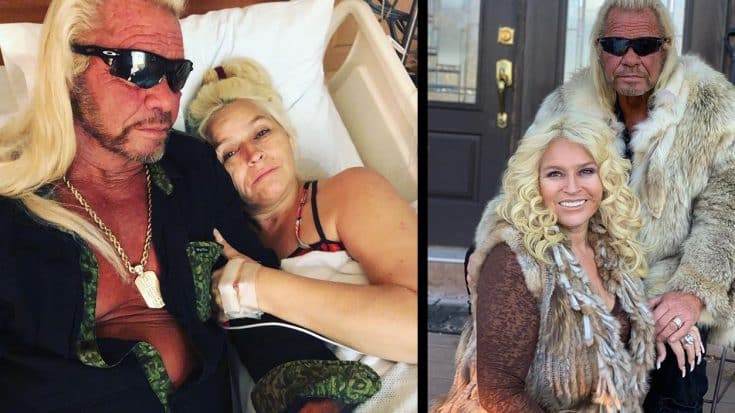 The man and wife duo that are best known for their nearly decade-long run catching fugitives on A&E’s Dog The Bounty Hunter series have asked fans and friends for prayers during a very scary time.

Duane “Dog” Chapman and his wife Beth have carved out their own niche in the world of reality television programming and have amassed quite the fan base. Even after their 8-year run on A&E came to a close, folks wanted to see more of this iconic pair in action, and CMT inked a spin-off deal with them for a series called Dog and Beth: On the Hunt!

Unfortunately, the news the Chapman family shared with media recently is not good. On Saturday, Dog shared a tweet asking for prayers for his wife, saying “Please say your prayers for Beth right now thank you love you.”

And now, Hawaii News Now revealed that Beth Chapman has been admitted to the ICU at a local Hawaiian hospital and has been put into a medically-induced coma, a fact the family confirmed in a statement to the news station.

Beth has had several health battles in the last couple of years and in 2017 had a surgery to remove throat cancer. Last year, doctors said the cancer had returned and she was rushed into emergency surgery to remove a tumor from her throat in November 2018.

Our thoughts and prayers are with Beth and Dog during this very scary time.