By Manly Bryant on April 20, 2020
Advertisement 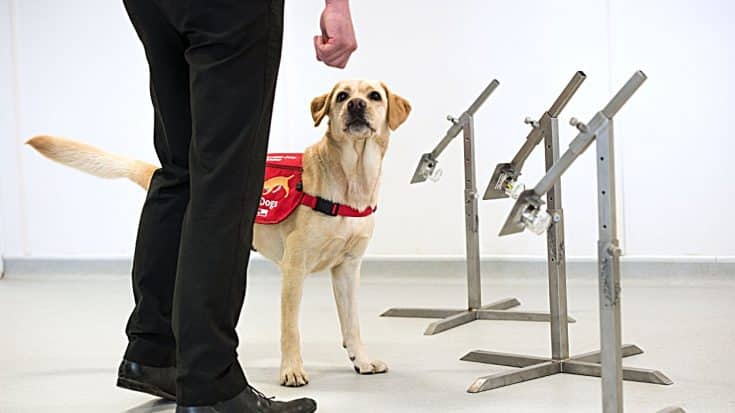 The London School of Hygiene & Tropical Medicine (LSHTM), Durham University and Medical Detection Dogs have teamed up to train dogs at detecting people with COVID-19.

They say their dogs are already trained to smell odors from people who have diseases like malaria, Parkinson’s, and several other cancers and believe they can possibly train them to do the same for those who have COVID-19.

“We do not know if COVID-19 has a specific odour yet, but we know that other respiratory diseases change our body odors so there is a chance that it does. And if it does dogs will be able to detect it.” London School of Hygiene & Tropical Medicine reported.

Another question we are being asked a lot about our #coronavirus detection dogs proposal is:HOW WILL YOU TRAIN THE…

Dogs have extremely high accuracy at detecting diseases that are way above what the World Health Organization standards are for a diagnostic. This new tool could revolutionize the government’s ability to respond to COVID-19 situations because dogs can be placed in any public place and be able to quickly identify those who have the disease. Especially at ports of entry to a country like airports and borders to other countries.

LSHTM said they’ve already begun training the dogs which will be ready to go in six weeks. The animals will be able to screen 250 people per hour in a non-invasive way which will not only be the fastest way of testing but would save millions of dollars due to using fewer test kits.

“If the research is successful, we could use COVID-19 detection dogs at airports at the end of the epidemic to rapidly identify people carrying the virus. This would help prevent the re-emergence of the disease after we have brought the present epidemic under control,” Professor Steve Lindsay at Durham University told LSHTM.

Paws on patrol? ??We're looking into whether dogs can 'sniff out' patients with COVID-19 ?Find out more ? http://bit.ly/2UqBiMV Medical Detection Dogs