By Manly Bryant on August 13, 2020
Advertisement 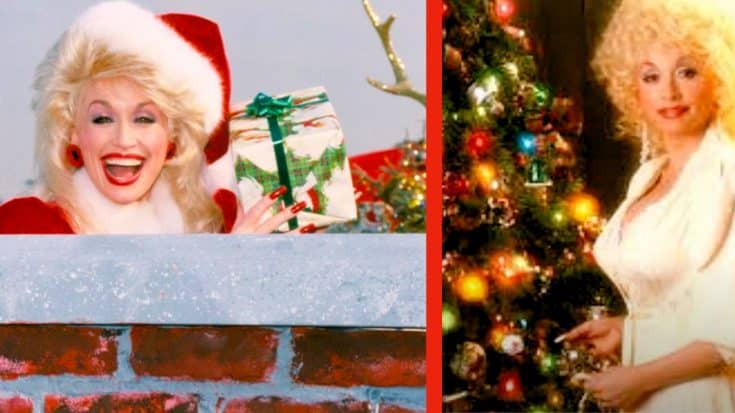 For the first time in over three decades, one of country music’s most-prominent voices will be singing the sweet melodies of beloved holiday classics and Christmas carols…

Dolly Parton has just unwrapped her latest project titled A Holly Dolly Christmas. It is her first Christmas album in 30 years and one that couldn’t come at a better time!

#AHollyDollyChristmas is coming on October 2 ❤️ The album features some of my favorite people including @mileycyrus, @willienelsonofficial, @michaelbuble, @jimmyfallon, @BillyRayCyrus and more! Head to the link in my bio to pre-order your copy.

The 74-year-old superstar musician collaborated with many other artists to craft this special album and features folks like Michael Bublé, Willie Nelson, Billy Ray Cyrus, Jimmy Fallon, and Miley Cyrus on various tracks. The album will be a mix of old classic Christmas songs, newly written tunes, and some others pulled from the archives of her seemingly-endless discography.

The first single from the album will be “Cuddle Up, Cozy Down Christmas” which she sings with Michael Bublé.

A Holly Dolly Christmas is set to be released on October 2nd, 2020 – which is almost exactly 30 years since her last holiday album: 1990’s Home for Christmas.

Fans will recall many of Dolly’s holiday specials and movies in the late 80s and early 90s, several of which featured her close friend and duet partner, Kenny Rogers.

Check out the full news report about Dolly’s forthcoming holiday album and let us know if you’ll be picking up a copy for your own family!