By Miranda Raye on October 25, 2019
Advertisement 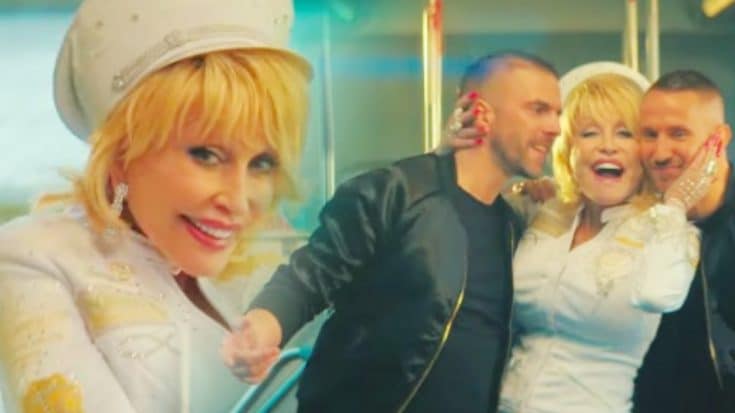 Years ago, songwriter Sam Jones helped craft a song called “Faith,” a remake of rock artist John Hiatt’s 1987 song “Have a Little Faith in Me.”

James said “Faith” came to be after rewriting the lyrics, melody, and verse in Hiatt’s song. But he gives nearly full credit to someone else for its creation:

“Almost all the credit on this record goes to [songwriter] David Saint Fleur,” James told telegram.com. “David has this crazy idea, what [if] we took this song, and flipped it and made a dance track.”

James said Saint Fleur then approached electronic duo Galantis with the song, and they loved it. Then, Saint Fleur had the wild idea to get Dolly Parton on board as well.

“She fell in love with it,” James said. “It’s so unbelievable. That’s the fun thing about music, you know, sometimes that can happen.”

Can't wait for y'all to hear this one! "Faith" with @wearegalantis featuring @mrprobz is available Friday, October 25!

Parton spoke about the song during a press conference at the Grand Ole Opry on October 12, 2019. She also referenced “God Only Knows,” her collaboration with Christian duo for KING & COUNTRY.

She said she is determined to release more uplifting songs like “God Only Knows” and “Faith”:

“This world is just so dark and ugly and awful… so I’m going to make it my business to try to do songs that are more uplifting, not all Christian-based songs, but songs about better things. Do better, and have a little more love, a little more light and don’t be so dark and dirty.”

Parton and Galantis also got rapper Mr. Probz on board to share a little more light through “Faith.” The three artists filmed a music video for the song, which finally dropped in October 2019.

The video shows a bus full of passengers who become discouraged when the bus comes to a stop. But they soon find joy within themselves, and break out into a fun, elaborate dance.

Galantis starts off performing on their own, and Parton jumps in mid-song. When her part kicks in, she is revealed to be playing the bus driver, who is dressed to the nines in a bedazzled uniform.

Later in the song, Parton gets out of her seat and joins the dancing passengers by showing off a few smooth moves of her own. The video ends on a celebratory note as the bus continues on its merry way, with Parton exclaiming, “Have a little faith!”

The video for “Faith” is guaranteed to put a smile on your face, so be sure to check it out below.