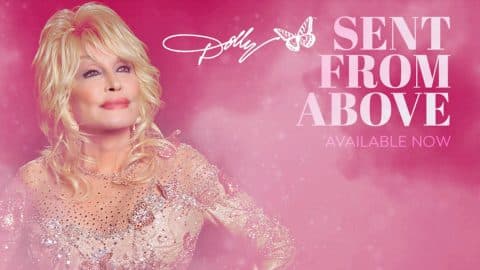 Dolly Parton is a woman who’s doing it all. From a successful music career to her own theme park, fans have been wondering what’s next for the country superstar.

Parton decided that it was time to release her own fragrance – Dolly-Scent From Above. Created in partnership with ScentBeauty, the new perfume notes of jasmine, vanilla, peony blossoms, and other scents. She told ABC that people kept asking what she was wearing so she decided to make her own perfume so people would never have to guess.

In conjunction with her new fragrance, Parton has also released a new single called, “Sent From Above.”

“I know you must/ Be heaven sent/ And I love you ever so much/ Sent from above,” Parton sings over a pop-infused melody. Being a traditional country artist, a pop song from Parton wasn’t something fans were expecting – but the legendary singer made it work.

“Just like the fragrance that inspired it, #SentFromAbove transports you to a heavenly place!” Parton wrote on Twitter.

The new perfume has a beautiful design, which is a pink bottle that is decorated with a crystal butterfly, and Parton’s signature engraved across the glass.

Listen to the new song below!