By Manly Bryant on August 31, 2021
Advertisement 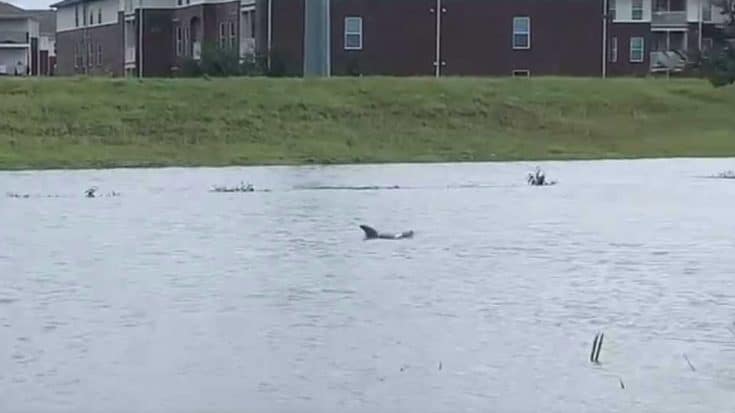 After a big hurricane hit Slidell, Louisiana, on Monday, Amanda Huling shared a video of a dolphin swimming through a body of water that had flooded a neighborhood.

Amanda told local officials that she was assessing the damage around her neighborhood early in the morning after Hurricane Ida when she spotted the dolphin’s dorsal fin popping up out of the water.

Amanda began to film and the video footage showed a large body of water flowing beside some apartment buildings and powerlines.

It’s hard to tell how deep it was in the video, but it apparently was a few feet deep, at least, because periodically, you could see the dolphin breaching the water and going back down.

The water looked high. In fact, officials said it trapped some residents in their homes for several days, in addition to them not having electricity because the electrical grids were down.

The hurricane was said to have produced a 9-12 foot storm surge that left some of them actually trapped in their attics. The hurricane even reversed the Mississippi river. The river actually started flowing in the opposite direction for a short period of time.

Lousiana residents are now receiving help from rescue teams set out to help people along the Southeast Louisiana Coast. Hurricane Ida may have brought the summer heat with high-level floods, but the spirit of the people was still resilient through it all.

For several hours today, the winds & storm surge from #HurricaneIda made the Mississippi River flow *backwards* (negative discharge rate in the graph). pic.twitter.com/vYunzSUL24

Watch Footage Of The Dolphin In The River Below