By Jennifer Pernicano on February 19, 2019
Advertisement 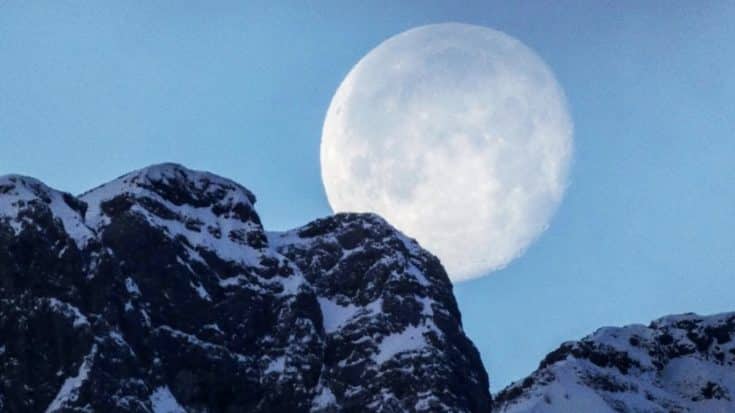 Last month may have blessed us with the the rare Super Blood Moon, but February’s full moon is going to be just as cool. The moon appeared reddish-orange and the moon looked pretty big in the sky due to its proximity to Earth. This was the last time we saw a Super Wolf Blood Moon for 18 years.

This Sunday night, January 20th! A rare, #SuperBloodWolfMoon! Here are a couple pics I nabbed of last year's #SuperBlueBooodMoon. Get outside and check it out this Sunday! Full eclipse around 9:15pm PST. No special equipment needed—just the naked eye and clear skies! ?? #moon

While Tuesday Night’s (February 19) Super Snow Moon isn’t as rare as January’s Super Blood Moon, the Snow Moon will be the brightest and closest the moon will appear all year.

What is The Super Snow Moon?

According to NASA, “Snow Moon” is the historic name given to the second full moon of winter by certain Native American tribes in the United States. It’s called the Snow Moon due to snowfall during this time of year. Heavy snowfall is also the reason for its alternative name – “Hunger Moon,” due to lack of food availability. Some of its other names are Ice Moon and Storm Moon.

The Moon will appear bigger and brighter during tonight's #supermoon, but will you be able to spot the difference? Find out in our #TeachableMoment: https://t.co/ouz8yYn3dB

As we stated earlier, the Snow Moon will appear bigger, with NASA reporting that it could get up to 14% larger in diameter. NASA also says that it will be 30% brighter than a regular full moon.

When To Watch The Super Snow Moon

According to CNN, the moon will reach it’s peak in the morning, but won’t be visible then. So instead, make sure to take a look during moonrise, which is when the moon will be closest to the horizon.

You can find your local moonrise by clicking here.