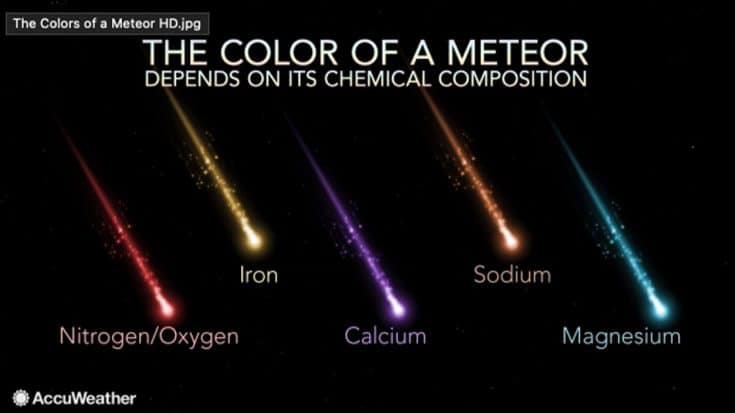 The end of July will feature a pair of meteor showers that will appear on the night of Tuesday, July 28, 2020 into the early morning hours of Wednesday, July 29, 2020. The two separate meteor showers are the Alpha Capricornids and the southern Delta Aquarids. The reason they are separate is because they originated from different comets. Even though they’re separate, both will peak on the same night. The last time that a moderate meteor shower like this took place was in early May 2020.

According to the American Meteor Society, this particular meteor shower should have many different fireballs that are expected to appear multi-colored. The colors are caused by the different elements that make up the meteor.

“What is notable about this shower is the number of bright fireballs produced during its activity period. Vivid colors are more often reported by fireball observers because the brightness is great enough to fall well within the range of human color vision. The dominant composition of a meteoroid can play an important part in the observed colors of a fireball, with certain elements displaying signature colors when vaporized.”

Fireballs are incredibly bright meteors that can light up the entire night sky for a few seconds. They also are visible for much longer than the typical shooting star, glowing for several seconds as they streak through the sky.

The best time to watch the dueling meteor showers will be after 1 a.m. local time after the moon has set. The lack of moonlight will make the sky appear even darker, making it easier to spot the fainter meteors. Websites like AccuWeather have an app that users can download to see exactly when the astronomical events are happening in their particular area.

For more information on the upcoming event, watch the video below.