By Manly Bryant on October 9, 2018
Advertisement 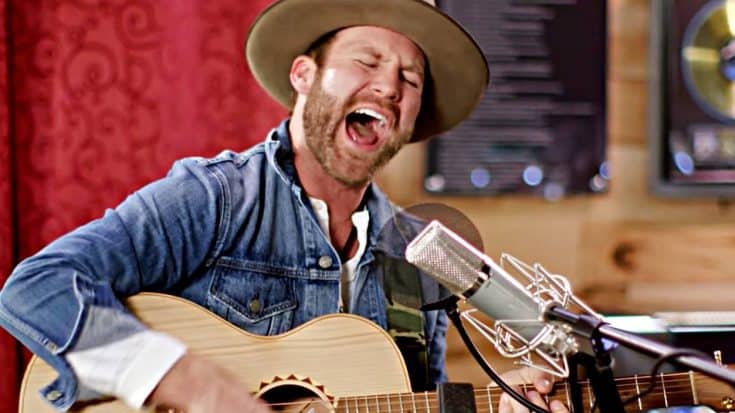 This Alabama native will have you swooning over his latest raw, acoustic performance. Country music singer, Drake White, has had an impressive rise to fame. His debut single “Simple Life” released in 2013 paved the way to his uphill climb to stardom. The following year he signed to Big Machine Records which opened the door to an array of opportunity for the singer.

White has since opened up for several fellow country singers including Luke Bryan, Eric Church, and Zac Brown Band.

A song off his 2018 EP Pieces, “Girl In Pieces” tells the story of fixing someone else’s broken heart.

“Well, I hate that he hurt you but I gotta healing touch. I see a girl in pieces. Let me pick you up and show you love, love, love.”

The background behind this song actually holds a lot of meaning for White – directed toward his wife. In an interview with Taste Of Country, the singer came forward about the hard reality he faced before marrying his wife, Alex.

“She was married a couple years before we met and it ended bad. The guy she married was a drug addict, and he’s better now I guess, but it was just a bad thing. A lot happened, you know?”

A true love story unfolded as White began to commit himself to helping Alex through her struggles after her failed marriage. Although the couple had originally met in high school, fate had different timing for the pair. White gushed over his wife while admitting that she has made him a better person. The couple got married in 2014.

Happy 4th Anniversary @alexm_white ! Thanks for taking a chance on this wild man. Love you!

During a live acoustic performance at The George Jones Museum in Nashville, fans got the treat of seeing just how important this song is to the singer. In his jean jacket and suede-feathered hat, the singer softly strums his guitar. From start to finish it’s evident that White is passionate about this tune. His vocals resonate throughout the room with a bit of a jazzy touch. He finishes off the live performance with a little freestyle vocal and guitar session.

For a limited time, you can enter to win a custom “The Big Fire” guitar signed by Drake White and laser-engraved by a USMC Veteran. Absolutely no purchase necessary to earn entries. Click here to enter.