By Jennifer Pernicano on May 20, 2020
Advertisement 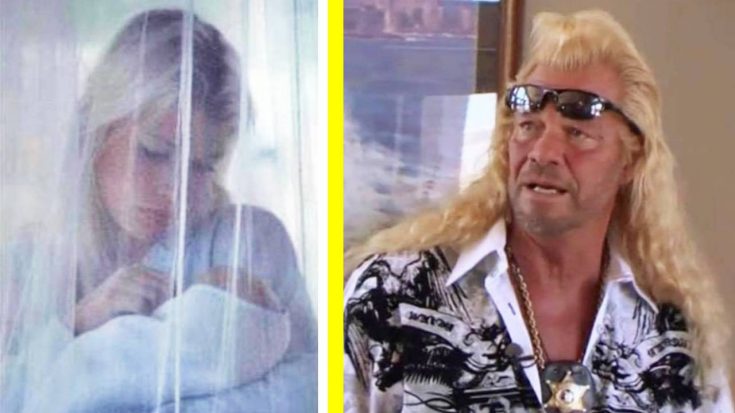 The world was introduced to Duane “Dog” Chapman in 2004 when he landed his own reality show Dog the Bounty Hunter, which ran until 2012 on A&E. In 2013, he and his wife Beth began a new show on CMT, which lasted two years, called Dog and Beth: On The Hunt.

Four years later, they returned to television for a new show, Dog’s Most Wanted. The new show featured some of Beth’s last bounty hunts and her battle with cancer. She passed away in June 2019.

Sadly, this was not the first tragedy Dog and his family had experienced. On May 19, 2006, Dog’s 23-year-old daughter Barbara Katie Chapman died after the SUV she was in “went off the road, rolled, hit some trees and landed upside down,” according to Hawaii News Now.

Coincidentally, the accident occurred the night before Dog’s wedding to his late wife, Beth Chapman. The wedding still went on as planned, but Dog incorporated a way to celebrate his daughter’s life on the special day.

In an Instagram post on May 19, Dog shared a photo remembering his late daughter. In the photo, she was holding her son Travis, who was just four years old when she passed, and wrote, “15 years ago today My Barbara Katie went to be w/ JESUS.”

With it being the 15th anniversary of Barbara’s death and May 20, 2020 being the first wedding anniversary since his beloved wife passed away, these few days can’t be easy for him.

See Dog’s past tributes to his daughter below.

Isaiah 11:6 . I used to talk to Barbara about this scripture. It was one of her favorites she loved animals. I just never realized it would be so soon love you Barbara Katie Dad

On Barbara’s birthday one year, Dog, Beth, and their children Cecily and Travis tossing flowers in the ocean in honor of Barbara.

Celebrating Barbara's Birthday at the Shore

i found this video of my bethie with cecily and travis on my baby barbaras birthday tossing flowers in the hawaiian ocean to celebrate her birthday. brought tears to my eyes