Duane “Dog” Chapman Teases What He Might Wear To Wedding

By Jennifer Pernicano on August 31, 2021
Advertisement 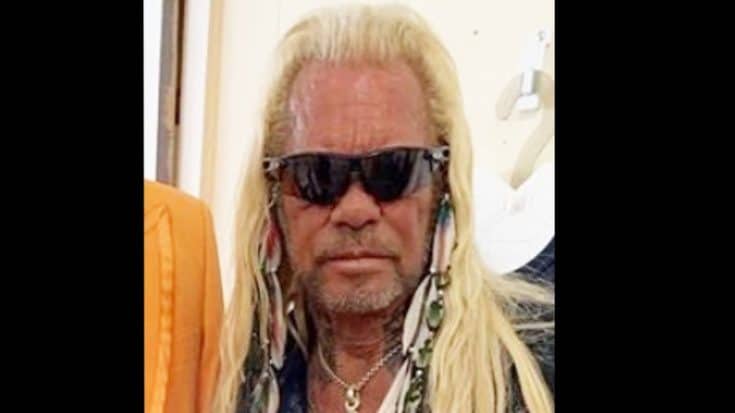 On September 2, 2021, Duane Chapman, better known to us as Dog The Bounty Hunter, will be tying the knot for the sixth time. Less than a year after his fifth wife, Beth Chapman, passed away, Dog became engaged to girlfriend Francie Frane in May of 2020.

The couple announced their engagement through an exclusive interview with The Sun. Dog popped the question in a candlelit room at his home in Colorado and Francie said it was completely unexpected.

The announcement came as a surprise to fans, who had recently learned that Francie and Dog had only been dating a couple of months before going public in early April. But after over a year of being engaged, the couple finally set a wedding date – September 2nd. Frane gave us a clue that a date was set when she posted a photo from a wedding dress boutique and wrote, “Say Yes To The Dress.”

While the wedding is now just days away, Chapman is getting ready for the big day by picking up his suit, which is leaving some fans scratching their heads. He posed next to a bright orange tuxedo with a matching top hat and shoes, reminiscent of a costume from the movie Dumb and Dumber.

“Getting ready for wedding 3days & A Wake Up !!!!!” he wrote on Instagram alongside the photo.

We hope he actually wears a regular suit to his wedding, but we wouldn’t put it past Dog to actually wear this orange suit! See the photo below.