By Jennifer Pernicano on May 11, 2019
Advertisement 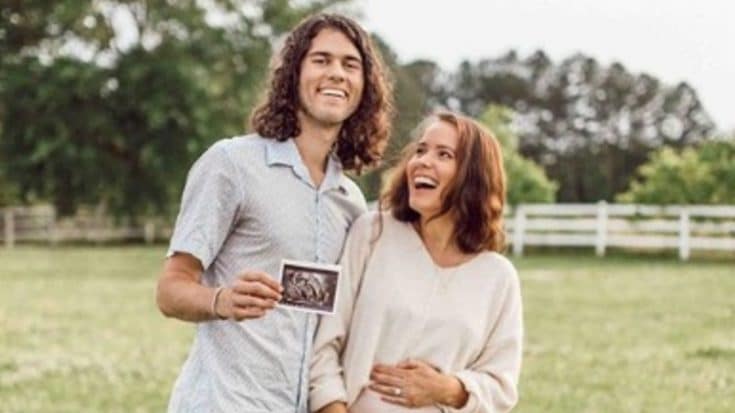 Four months after this Duck Dynasty family was blessed with their first grandchild, they are getting ready to welcome their second to the world!

Rebecca Robertson Loflin, the eldest daughter of Willie and Korie Robertson, gave birth to a baby boy on January 11, 2019.

Although Rebecca isn’t their biological daughter, Willie and Korie consider her “theirs” since she stayed with them as a foreign exchange student when she was 16 years old. Now, Rebecca’s son Zane will have a cousin to play with soon, because John Luke and Mary Kate Robertson just announced on Saturday (May 11) that they are expecting their first child!

John Luke posted a cute photo on Instagram and used the caption, “Yep, that’s a baby!” He was holding an ultrasound, and his wife was cradling her belly.

Not only did they announce they were pregnant, they also revealed the gender at a party held at Willie and Korie’s! Many family members, including John Luke’s sister Sadie, shared photos from the special night on their Instagram Stories. It was revealed that they’re having a boy!

Mary Kate announced the news on her Instagram page as well, confirming that they are having a boy in October!

Excited to meet our sweet baby boy in October!!!??✨

John Luke and Mary Kate were married on June 27, 2015 in a stunning ceremony, which was officiated by Willie and filmed for a special episode of Duck Dynasty. Shortly after they got married, they moved to Virginia to attend Liberty University where they have been studying the past few years. Mary Kate just graduated this year and they moved back to Louisiana to be closer to family and John Luke’s new job, director of Camp ChYoCa, which happens to be the very camp the Korie and Willie met at in fourth grade.

Watch their wedding video below.