By Miranda Raye on March 24, 2022
Advertisement 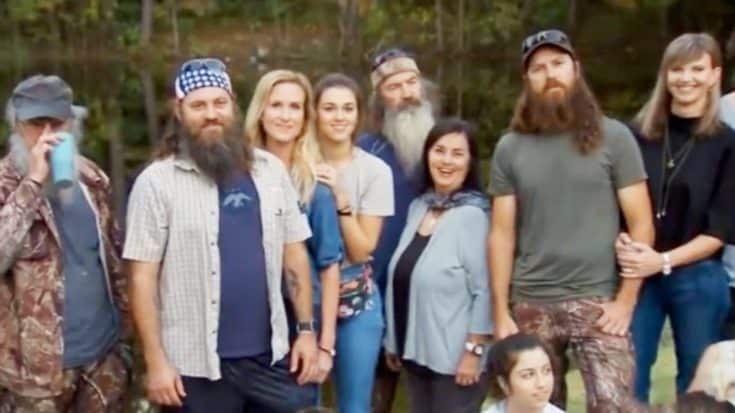 The last episode of Duck Dynasty aired in 2017. Fans of the Robertsons have been begging them to make another show ever since. Finally, they have!

It’s been pretty obvious for some time that the Robertsons have been working on a new show. Back on March 5, Missy mentioned she and Jase were “filming a new tv series.” She promised her followers they’d hear more about it later.

Now, we know what that series is all about!

The new series is called Duck Family Treasure, and will star Robertson brothers Jase and Jep. It will be available on the Fox Nation streaming service in June. Fan-favorite Uncle Si will also appear in the series, as will Jase and Jep’s wives Missy and Jessica.

“Each episode will feature the Robertson family as they search for precious treasures, rare artifacts, and hidden gems. Throughout their journey, the Robertsons will also showcase the people, places, and lessons they encounter along the way. Missy and Jessica Robertson, Jase and Jep’s wives, and other members of the Robertson family will also be featured on the show.”

Deadline reports Duck Family Treasure will be a ten-part series. Jase serves as executive producer alongside his sister-in-law, Korie, and Zach Dasher.

This is the news Duck Dynasty fans have been waiting to hear for years! Get ready for the new show by looking back on some of the funniest moments from Duck Dynasty in the video below.