By Jennifer Pernicano on June 6, 2019
Advertisement 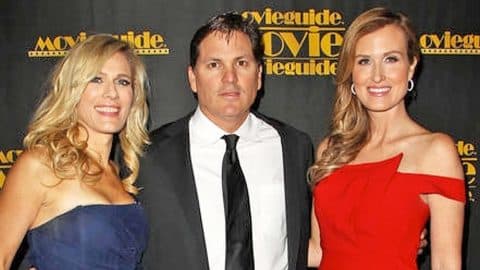 In December 2016, Deirdre and Scott Gurney, who were co-CEOs of Gurney Productions, the company that brought us Duck Dynasty, were “temporarily suspended amid an internal fraud investigation.”

Variety reported that their temporary suspension had turned into a permanent termination from ITV, which bought Gurney Productions in 2012.

ITV’s lawsuit alleged that the Gurneys secretly set up a new company called Snake River Productions and used it to buy distributing rights for a new reality show, Northern Territory, from Gurney Productions.

After a December board meeting, ITV claimed the Gurneys had charged over $500,000 in personal expenses to the company, including childcare payments, mortgage payments, travel costs, dues at their country club, and more. Read more about the lawsuit here.

Not long after, the Gurneys countersued ITV for a tune of $100 million.

The suit claimed that the Gurneys were “ambushed…with false accusations of impropriety, threats of termination and outright extortion – all targeted to the unlawful end of forcing the Gurneys to sell at an outrageously low price.”

Since the above statement, which was made in January 2017, both the Gurneys and ITV have been silent – until now.

Variety reported on Thursday (June 6) that both parties have finally reached a settlement. ITV released the following statement.

“ITV and Deirdre and Scott Gurney have reached a settlement which resolves all claims and issues asserted in the litigation between them to their mutual satisfaction. As part of the settlement, the Gurneys will sell their 38.5% stake in the company they founded, Gurney Productions, the company behind over 50 reality television shows including the hit series Duck Dynasty. The remaining terms of the settlement are confidential.

The Gurneys are free to pursue other interests in the entertainment field, and said ‘we are excited about our next chapter and look forward to pursuing scripted and unscripted film and television projects we have in development.’ A spokesperson for ITV said ‘We wish Scott and Deirdre success with their next venture’.”