By Jennifer Pernicano on December 13, 2021
Advertisement 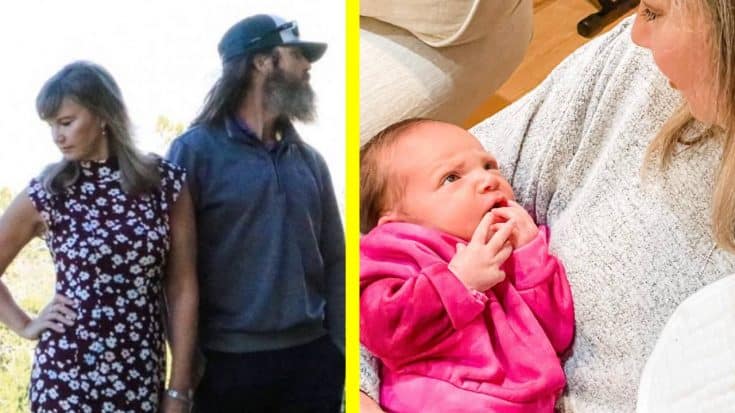 Over the weekend, at least nine tornadoes touched down in middle Tennessee. The tornadoes caused many power outages and high winds getting to 135 mph. According to The Tennessean, “four people were injured in Middle Tennessee, according to NWS. In West Tennessee, four were confirmed dead, 10 were hurt and one was still missing as of Sunday.”

Thousands of people went into their basements, bunkers, or a secure place to ride out the tornadoes, including some of the Duck Dynasty family. Jase Robertson, Willie’s older brother, and his entire family were spending the weekend of the farm they own in Tennessee for a weekend of hunting and fun.

The weekend trip included Jase’s wife, Missy, their children, 26-year-old Reed, 24-year-old Cole, 18-year-old Mia, and 22-year-old daughter  Karina, who they took in as an exchange student from Nicaragua years ago.

Also with them were Reed’s wife, Brighton, and their brand-new baby Merris Carroway Robertson.

Because they had been hearing just how bad the tornadoes were, how many people were affected, and even of all the deaths, they knew it was a serious storm. At 4:15 in the morning, Missy was told something that she would never wish upon anyone: “Mom, I think we need to get to the vault.”

She wrote about the experience on her Instagram page, saying, “What was meant to be a fun, hunting, sleepover night on our middle Tennessee farm with family and friends turned into disruption, fear and uncertainty.”

Missy continued, “Waiting it out while watching it unfold on our phones was heart-wrenching. Knowing that over 50 lives were already lost, hearing the waves of rumble outside and watching this piece of preciousness sleep peacefully was both terrifying and reassuring. We were fortunate to have a safe room where 7 adults and a newborn hunkered in for safety last night.”

Missy’s post included two photos of her granddaughter, Merris, sleeping peacefully, and one of her holding Merris.

The former Duck Dynasty star ended her post by saying, “As a mom of 4 grown children and a 2 1/2 week old grandchild , I rested in the confidence of an all-knowing God, a God who loves each of His children equally. Please join us in praying for the families who are mourning their loss tonight.”

See her full psot below.