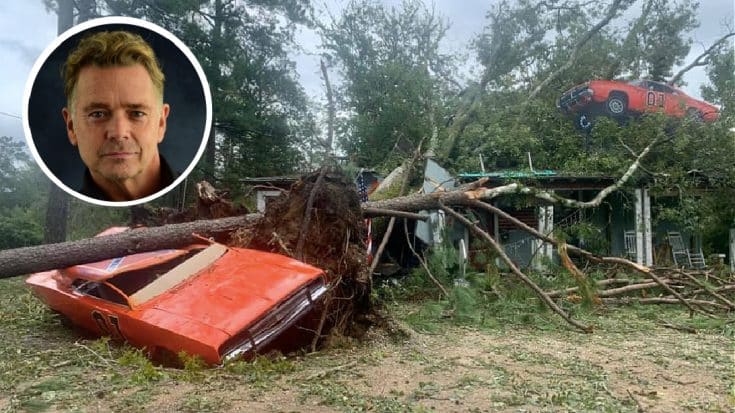 Actor John Schneider, best known for playing Bo Duke in the CBS television series “The Dukes of Hazzard,” is one of the many Louisianans who suffered property damage during the recent hurricane. Schneider and his wife were in Tennessee gathering funds and supplies for victims of the recent middle Tennessee flood when the hurricane hit their Louisiana property.

The 61-year-old actor’s home and studio is located in Holden, Louisiana, due east of Baton Rouge, and has fallen victim to natural disasters in the past. In 2016, Schneider’s properties were wiped out by historic floods. He rebuilt John Schneider Studios, but lost priceless memorabilia and personal possessions.

“We lost everything twice in 2016. We had the 100-year flood in March followed by the 1000-year flood in August. So we learned a lot about what to do,” Schneider told WKRN as he was in Middle Tennessee awaiting news about the condition of his home following Hurricane Ida. “As I am standing here last night at about 10:30 p.m. the eye of Hurricane Ida went right over our studio. So, we are trying to find out what that looks like back there.”

Schneider and his wife returned to Louisiana Monday morning (August 30) to assess the damage. In a post made to Twitter, the actor said that he didn’t intend to stay long as he planned to return to Tennessee to finish up disaster relief efforts there.

“I’m get a real look at the damage to mom’s house in the morning and then head back to TN to continue flood relief. All people and pups are good,” Schneider wrote.

Thanks Brian. We are headed back and seem to be the only ones on the road. I’m get a real look at the damage to mom’s house in the morning and then head back to TN to continue flood relief. All people and pups are good. May have a “Hurricane Sale at Miss Shirley’s!” Soon! https://t.co/H9hU0cDE6D

While John Schneider has plenty to worry about in Louisiana, his heart is with those suffering in his home state and in Tennessee. With the help of his wife, his good friend Cody McCarver of Confederate Railroad, and a team of other volunteers, Schneider is using his celebrity to help everyone that he can.

“If you’ve given any level of celebrity I believe you have an obligation to make sure that the mark you leave is not a stain. So, when need is upfront and center and you are made aware of it, you should act on it. You should do something,” said Schneider.

Check out the video below to find out how you can help John Schneider and his team with disaster relief efforts. Click here to support Schneider by shopping his online store.