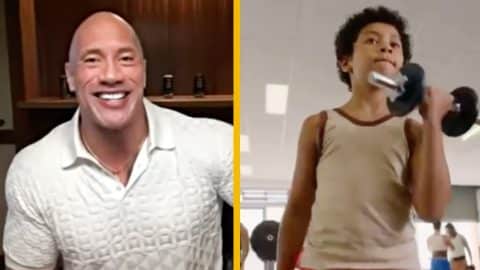 Dwayne “The Rock” Johnson’s new autobiographical sitcom Young Rock premiered on Wednesday, but how close is the NBC show to The Rock’s real-life story?

Three actors will portray the former wrestler-turned-actor at various stages of his life. Johnson will also appear in the series, in which he has mock interviews with a journalist while campaigning for president in 2032. The show’s storylines will hail from the time The Rock spent with his dad, and the series will also highlight the actor’s early financial struggles.

In an interview obtained by USA Today, Johnson praised series creator Nahnatchka Khan for taking on the portrayal of his “wildly Forrest Gump-ian life.” The Rock also insists that the stories in the show are all true, but he admits that some of the stories follow a different timeline.

For more on The Rock’s new show, check out the video below!