Eagles Don Henley Doesn’t Like His Vocals On “Desperado”

By Manly Bryant on September 24, 2020
Advertisement 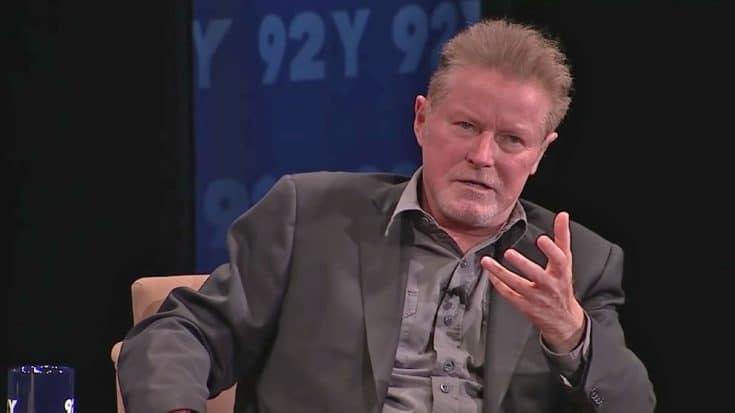 Very few live vocal performances can beat that of Don Henley’s when the Eagles tracked their hit song “Desperado.” It is widely considered one of the best vocal performances of the rock era however, Henley doesn’t think so at all. He even told Billy Joel in 2015, that he wishes he could sing it all over again.

During an interview Joel relayed a question from an audience member asking Henley if he could have one redo in life what would that redo be?

Henley paused for a couple seconds before replying, “The vocal on the original recording on Desperado.”

“That was recorded in London, England, in a cavernous studio with the London Symphony Orchestra,” he recalled.“Our producer was a British superstar producer by the name of  Glyn Johns…he wouldn’t allow us to do more than four or five takes.”

Henley went on to recall how bored the older musicians in the orchestra appeared to be. “They had brought chess boards with them,” Henley related. “Each pair of players would set a chessboard up between them, and when we weren’t doing any takes, they would play chess. That’s how bored they were. Once in a while I would hear a remark from back in the back, ‘I don’t feel like a desperado.’”

Henley finished by saying “So that vocal was not my best work and I wish I had the chance to do it again, but that’s okay.”

The track was written by Glenn Frey and Don Henley and appeared on the 1973 album Desperado as well as numerous compilation albums. It ranked No. 494 on Rolling Stone’s 2004 list of “The 500 Greatest Songs of All Time.”