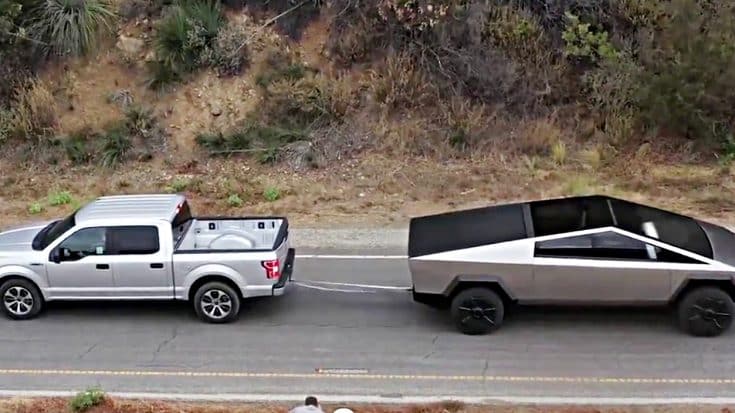 Many Ford F-150 owners have been laughing at Tesla CEO Elon Musk’s claim that his new Tesla Cybertruck can outhaul a Ford F-150.

Better truck than an F-150, faster than a Porsche 911. Order Cybertruck online at https://t.co/hltT8dg2NO

Musk posted a video showing his Cybertruck hauling a Ford F-150 up a hill, claiming the Cybertruck is a “better truck than an F-150, faster than a Porsche 911.”

Ford X Vice President Sundeep Madra clapped back at Musk’s claims, asking him to send a Cybertruck over to the Ford headquarters so they could set up a fair match – essentially, a tug of war between the two vehicles.

hey @elonmusk send us a cybertruck and we will do the apples to apples test for you ???https://t.co/H3v6dCZeV5

While fans of both Tesla and Ford are psyched for the possible rematch, auto experts agree that the tug of war contest probably wouldn’t be a great way to test the difference between the two vehicles, especially since traction is necessary to fully test torque.

Watch the video and see for yourself!