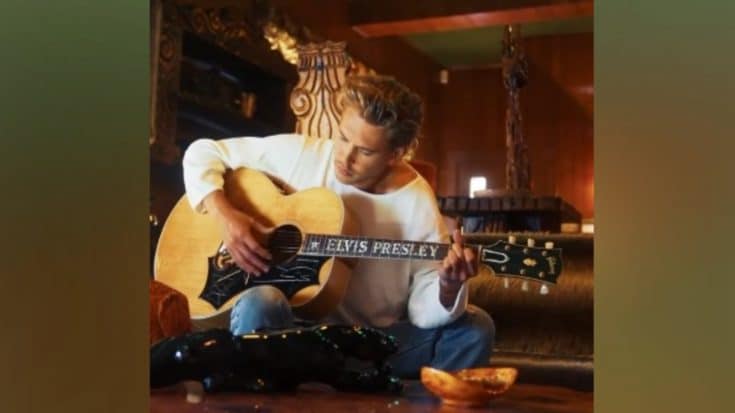 You don’t have to wonder if the Elvis movie star Austin Butler has the approval of the Presley family. Priscilla, Lisa Marie, and Lisa’s eldest daughter Riley have all been vocal about how much they love Austin’s performance in the film.

Priscilla said Austin was “mesmerizing” as Elvis, while Lisa Marie said she believes Austin’s performance is worthy of an Oscar.

Austin does all of his own singing as “young Elvis” in the movie. The film’s director Baz Luhrmann shared some footage of Austin singing “That’s All Right” during an early screen test in 2019. Baz said the footage was filmed before Austin underwent two years of vocal studies to learn how to sound even more like Elvis.

Priscilla and Lisa Marie recently joined the Elvis cast to celebrate the movie’s premiere at Elvis’ Graceland estate in Memphis, Tennessee. All three of Lisa Marie’s daughters (Riley, Harper, and Finley) were also in attendance.

It was an exciting weekend for all involved. Riley took to social media to share some photos of Austin in Graceland’s legendary “Jungle Room.”

She said the guitar Austin was holding in the photos was Elvis’ actual guitar. It was rarely touched by anyone other than Elvis himself:

“One of many sweet things that happened while we were there- Austin played my grandfather’s guitar in the house,” Riley said. “This guitar hasn’t been played by many people. I know it was tuned by @paulmccartney once, but as far as people sitting down and playing it @austinbutler is one of very few people aside from my grandfather.”

Austin played “Can’t Help Falling in Love” on Elvis’ guitar in the Jungle Room. The team behind Elvis’ official social media pages shared a video of Austin’s performance so everyone can enjoy it.

You can watch that video below.