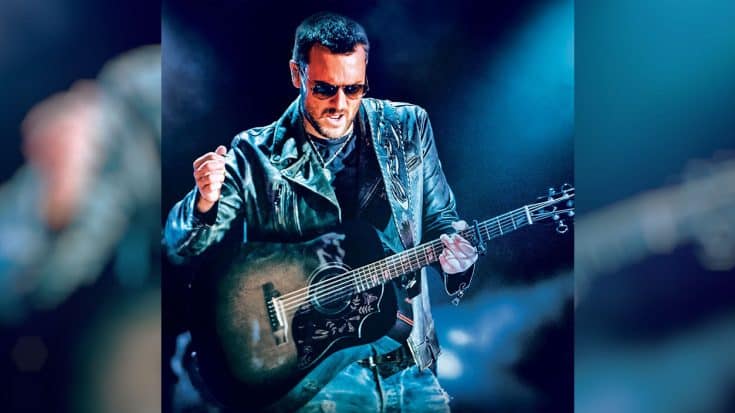 Eric Church is known for his aggressive lyrics that speak the truth and get right to the point. He’s just announced to fans that he has a new single new single called, “Stick That In Your Country Song” and it’s dropping Thursday, June 25, 2020.

According to his website, Church initially released a video to his Church Choir members saying,

“I wanted you guys to hear from me first that a new single is about to hit the world. It’s gonna be the tip of the spear for what’s coming after, and it’s a big spear. I believe it’s the best we’ve ever been in our career.”

Church goes on to describe the creative process behind writing his songs:

“I try to put myself in the most uncomfortable situations. Making it hard, and making sure no one is mailing it in. That’s always something we have to push ourselves to chase. For me, it’s very elusive. With creativity, the harder you try and stress, the more it doesn’t happen.”

His website also mentions that with this new single, Church offers a social commentary on the state of the world and provides a rallying cry for cities from Detroit to Baltimore and people from young military veterans to school teachers, with him singing, “Stick That In Your Country Song” as each chorus hits.

Watch the video below to hear Church make the announcement.

Eric Church has a little something coming, and I couldn’t be more excited! 😃