By Jennifer Pernicano on September 16, 2020
Advertisement 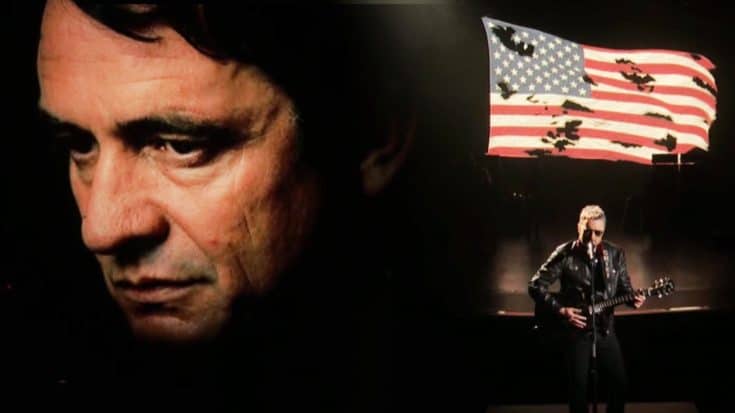 All summer long, the Grand Ole Opry has held concerts in its historic hall with no fans. Once again, on September 16, there were singers on stage but no one in the audience.

Eric Church was one of the lucky few who got to stand in “The Circle” to perform at the ACM Awards. He sang one of his latest songs, “Stick That In Your Country Song.”

Written by Jeffrey Steele and Davis Naish, “Stick That In Your Country Song” will be included on Church’s upcoming album.

Church released it as a single on June 25, 2020, but he and his band recorded it last winter, according to a Facebook post from the country singer.

Eric Church – Stick That In Your Country Song (Studio Video)

Last winter, Eric and the band went to the studio in the mountains of North Carolina to record “Stick That In Your Country Song.” Watch the exclusive studio video from that session right now! https://youtu.be/wAX5XvdKRFk

The song touches on real-world issues including soldiers coming back from war, overworked and underpaid school teachers, and more.

Church’s performance began with him strumming on a dark stage, and Johnny Cash reciting “Ragged Old Flag” played on the screen behind him. The “Desperate Man” singer then passionately dove into his own song with an image of the American flag waving behind him.

We really felt every word Church sang. Watch his performance below.