By Manly Bryant on April 18, 2021
Advertisement 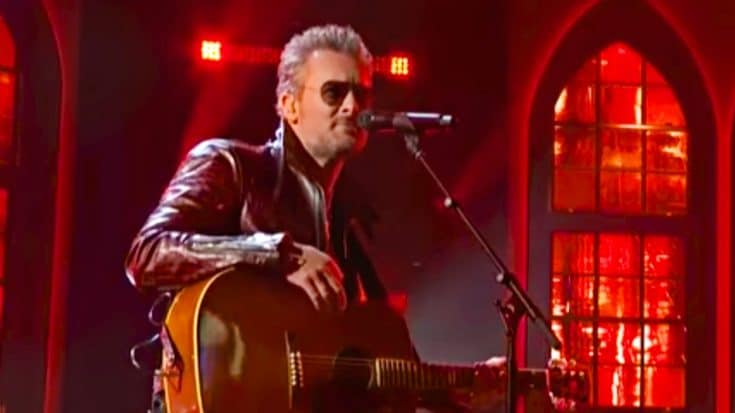 It is going to be another busy year for Eric Church.

In early 2021, the country star announced that he would debut three new albums during April. The collective work, titled Heart & Soul, contains 24 songs. Heart released on April 16th. Next, & will debut on the 20th and Soul will be available everywhere just days later on the 23rd.

Along with the excitement of new music, Church also received three nominations for the 56th Annual Academy of Country Music, including Music Event of the Year, Male Artist of the Year, and Entertainer of the Year.

Church announced that he would get back on the road in fall with the Gather Again Tour, but fans did not have to wait long to get a taste of the star’s new three-side album. During the ACM Awards, Church performed his new song “Bunch of Nothing,” from the Heart album. During the performance, Church brought the “cool” to the stage with sunglasses and a leather jacket.

See a clip of Church’s performance below.

Listen to Church’s full song in the following video.