By Jennifer Pernicano on February 7, 2019
Advertisement 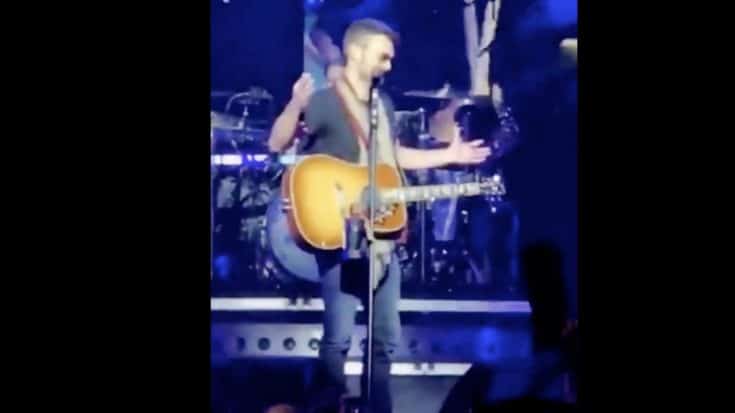 If there’s one thing country singers hate when they are performing live, it’s when the audience becomes unruly. Many performers in the genre have been known to attempt to break up fights they see happening.

Cody Johnson is no stranger to this. At a March 2018 show, he noticed a fight starting in the front row during one of his songs, and he was not having it – especially when he saw who else was affected by the fight. According to the description of the YouTube video, “An extremely drunk guy started a fight in the front row, sucker punching another man and a woman ended up on the ground hurt.”

He stopped his performance and told the men to get out, and if anyone didn’t like what he was saying, to go to someone else’s show!

Another country singer who doesn’t mess around is Eric Church. The man that most of his fans refer to as “Chief” recently started his Double Down Tour, which kicked off on January 18.

The Double Down Tour is kicking off in 4 days. Make sure to download the Eric Church app for exclusive behind the scenes photos and information about the tour in your city.http://smarturl.it/ericchurchapp

During the first night of his tour stop in Boston, Church had to intervene when a few fans got a little rowdy in the crowd.

After his band stopped playing, the whole audience got upset with the few people that were ruining it for them.

He warned them, “I’ll kick all of y’all’s ass,” before telling them to “quit that sh*t.”

Luckily, the people who were fighting stopped so he could continue singing his song “These Boots.”

A Twitter user who caught everything on camera captioned the video, “Never have I ever seen [Eric Church] have to stop a show before. Night 1 of Boston and he had to pause These Boots. Drunk lady hit a teenager with her boot, started a ruckus.”

We’re happy to hear the fight wasn’t too bad, and we think Eric Church handled it like a boss! Watch it go down in the video below.

Never have I ever seen EC have to stop a show before. Night 1 of Boston & he had to pause These Boots. Drunk lady hit a teenager with her boot, started a ruckus. @ericchurch good job ?? for how you handled it!! pic.twitter.com/uiXmsXiQoM