By Jennifer Pernicano on November 21, 2019
Advertisement 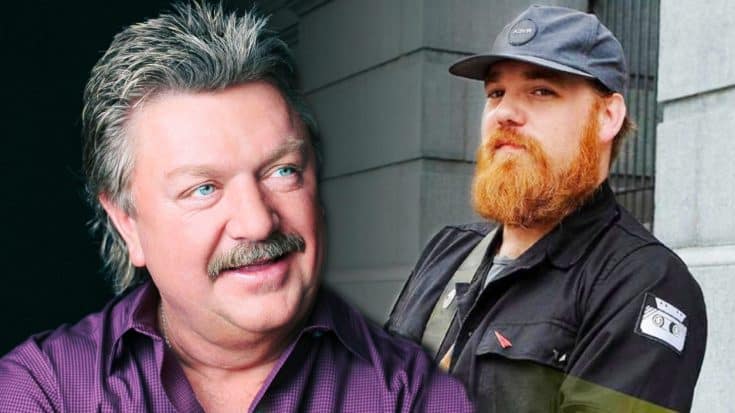 If you’re looking for the perfect Christmas gift for a 90s country music fan – look no further.

“One of the finest honky-tonk singers to emerge from the Nineties country boom” – according to Rolling Stone – has just released his first-ever vinyl LP. Joe Diffie emerged in the 1990s and has released 13 albums and has more than 20 songs on the Billboard Top Ten over the years.

He is a 25-year member of the Grand Ole Opry, is in the Oklahoma Music Hall of Fame, and hasn’t released an album since 2013’s All in the Same Boat.

Diffie has released a 12-track limited edition vinyl titled Joe, Joe, Joe Diffie! and it is available for purchase on his website NOW!

Only 500 vinyls have been made, each numbered and signed by Diffie himself. The track listing includes 11 of his #1 hits including 1993’s “John Deere Green.” It also includes a new cover of Stevie Ray Vaughan’s “Pride & Joy,” which is available to stream and download everywhere.

Diffie’s new version of the 1983 song features Marc Broussard, a singer-songwriter known for his “Bayou Soul” style of music.

“We had such a blast recording these songs again. It was a trip down memory lane and I hope the fans enjoy the musical journey too. I also wanted to include ‘Pride & Joy’ because I recorded it with my buddy Marc Broussard and boy he just soars on it!” Diffie shared via a press release.

If you’d like the buy the vinyl Joe, Joe, Joe Diffie! you can do so here!

See the full track listing below.

And take a listen to his version of “Pride & Joy” featuring Marc Broussard below.