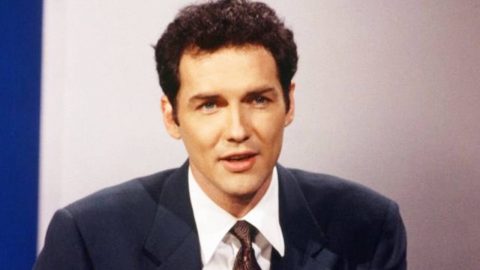 After a silent nine-year battle with cancer, famed comedian and actor Norm Macdonald has passed away, his management firm Brillstein Entertainment confirms.

Lori Jo Hoekstra, Macdonald’s longtime friend and producing partner, told Deadline that he had been quietly battling cancer for nearly a decade, keeping his diagnosis from fans, friends, and even family.

“He was most proud of his comedy. He never wanted the diagnosis to affect the way the audience or any of his loved ones saw him. Norm was a pure comic. He once wrote that ‘a joke should catch someone by surprise, it should never pander.’ He certainly never pandered. Norm will be missed terribly.”

Macdonald was a cast member of Saturday Night Live from 1993-1998 and was known for his three-year term behind the Weekend Update desk, as well as his many characters, most notably his impression of Burt Reynolds.

After his stint on SNL, Macdonald was the star of his own sitcom, Norm, from 1999-2001, did a talk show for Netflix titled Norm Macdonald Has a Show, and appeared in many movies alongside his former SNL cast mates including Grown Ups, Funny People, Screwed, Duece Bigelow: Male Gigolo, Dr. Dolittle, The Ridiculous Six, Jack and Jill, The Animal, The People vs. Larry Flynt and Billy Madison.

He even had a stint as Colonel Sanders in a series of KFC commercials.

Our thoughts and prayers are with his family and friends during this time.

See some reactions to his death below.

Every one of us loved Norm. Some of the hardest laughs of my life with this man. Most fearless funny original guy we knew. An incredible dad. A great friend. A legend. Love u pal. pic.twitter.com/2Pftw28uPc

We loved Norm MacDonald. One of a kind. https://t.co/0sXoCLEtuG

I am absolutely devastated about Norm Macdonald. Norm had the most unique comedic voice I have ever encountered and he was so relentlessly and uncompromisingly funny. I will never laugh that hard again. I'm so sad for all of us today.